During the 19th Century the growth of socialist and anarchist movements of the working class faced the problematic absence of a collectivist revolutionary society offering a concrete example of a fully realized Socialism. Therefore, in 1917, in the midst of a tragic world war, the news about the Russian revolutions aroused an enormous turmoil in the Western societies, producing numerous mobilizing effects that triggered several popular and utopian discourses within Central and Western Europe. The revolutions in Russia appeared to be the signal of an epochal upheaval, which was not confined just to one nation but that would had soon ended the war in all the involved countries, also bringing profound changing within the European social structures. The image of the soviet became popular and celebrated in every place having collectivist cultures. In that way, an imaginary «red» map of Western Europe was punctuated by several little Russia, and some little Moscow, within workers' poor urban suburbs but more often in small rural sites, which became spaces of identity elaboration for local communities. These local communities identified themselves as Little Russia and were characterised by a strong inner solidarity, as well as by an external antagonism symbolically directed both to local notables and global capitalism: these cultural aggregations were functioning well beyond the midst of the 20th Century. 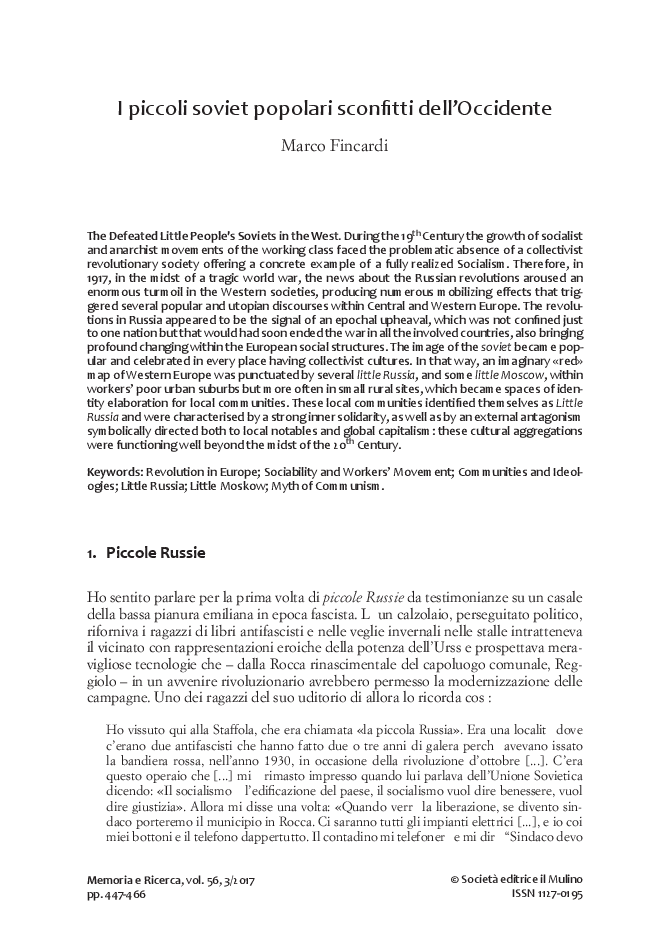