By using the rich European historiography's suggestions, that high-light the contemporary age's link between burial rites and political culture, this issue gives a point of view about some militants' funerals, such as Luca Mantini (1974), Walter Alasia (1976), Barbara Azzaroni e Matteo Caggegi (1979). Unlike victims' funerals, the militants' one hardly ever draw attention except to merely control them. But, as specific wing's rites, they reveal themselves as a significant source to trace the militancy's cultural and existential dimension. These rituals wanted to legitimize not only a young life cut short, but also an illegal political choice. The attendance at these funerals - occasionally large - raises questions about the agreement and support to terrorism, giving proof of the deep division caused by the left-wing subversion in the Italian society. 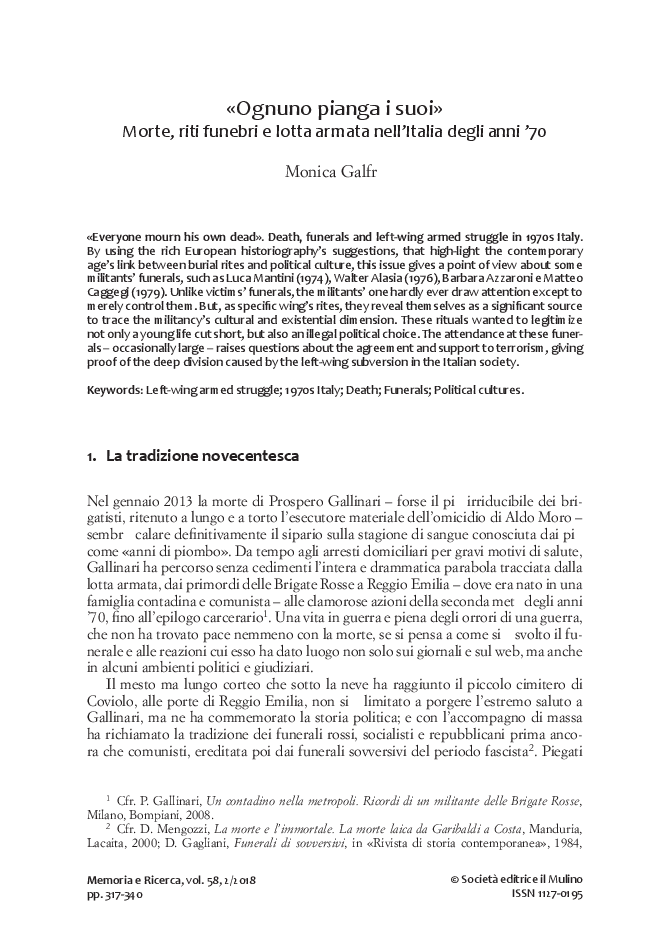