The introduction describes the relations between Catholics and Protestants in Italy in the period between national Unification and the late 1920s. This period was characterized by the spread of Protestantism throughout the entire country due to the freedom of religious expression granted by the liberal regime and due to the active Evangelical proselytism. At the same time, it also saw an increase in Catholic reaction against it which gave rise to the origin of many anti-Protestant campaigns. The contrast between the Protestant Churches and the Catholics was only an aspect of their relations, however it was the dominant one from a quantitative point of view. At the beginning of the Twentieth century, in correspondence with the Modernist crisis within the Catholic Church, there were important contacts between elements of the Modernist reformers and the liberal circles of the Italian Protestant camp. After the First World War these pioneering contacts continued, contributing to the first development of the Ecumenical dialogue in Italy. Worried by these developments and by the increasing successes of Protestant proselytism in Italy and all-over the world, however, the Holy See decided to put an end to these advances, condemning the Ecumenical movement in the encyclical letter "Mortalium animos" and using the recently established alliance with the Fascist government to stop the Evangelical proselytising efforts in the Peninsula. 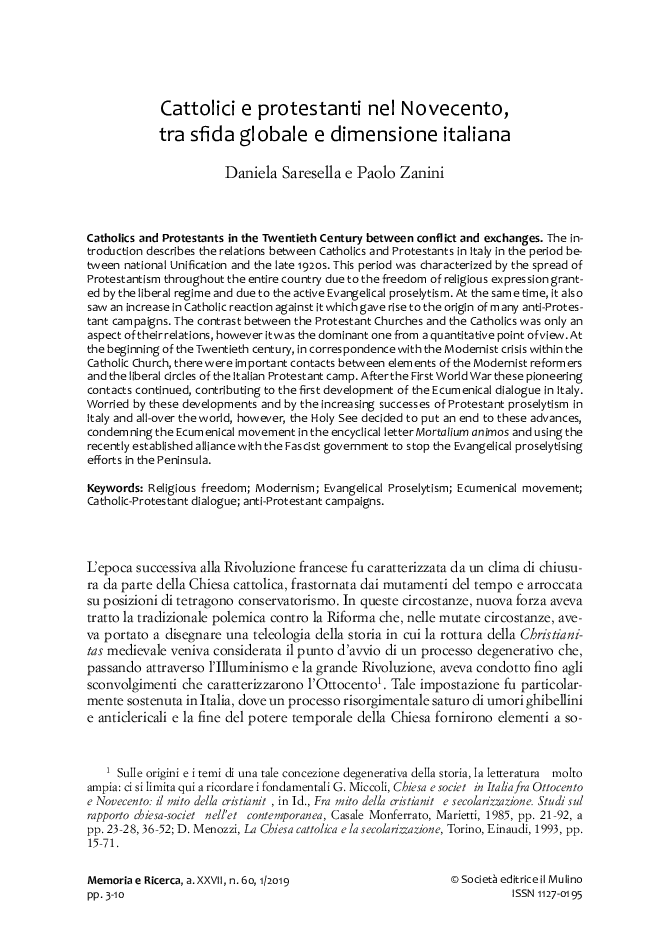