In this essay, I focus on the causes of the conversion to Methodism of a portion of the Catholic Parish of Villa San Sebastiano, a small mountain village near Avezzano in Aquila. More precisely, I concentrate on how newly-available materials from the Vatican Secret Archive not only enrich but complicate our understanding of the inherited narrative. This is a story on which leading scholars of the Protestant historiography, like the books of Giorgio Rochat and Giorgio Spini, as well as an extremely valuable article published in 1972 by A.R. Leone, had already written and on which all had essentially agreed. However, the archives recently made available by the Vatican indicate that the evangelical community was not begun, as Leone argued, as a Marxist-style revolt against repressive social and religious powers but, rather, as a rebellion led from above, for reasons having to do with religion, not economics or social status. They also provide evidence to suggest why the Vatican acted with such force and with drastic repressive measures. I conclude by reflecting on historiographical issues brought up by the new Vatican documents. 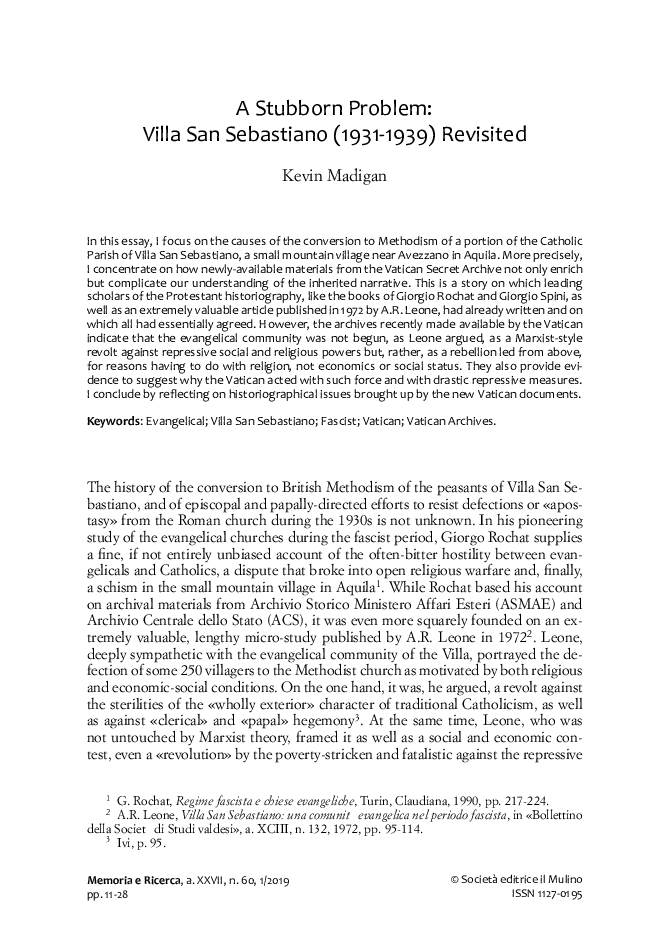