As part of the commemorations for the unknown soldier on November 4th, 1921, the honor committee printed some postcards and invited Italian citizens to use them to send a message to the unknown soldier. Thousands of men and women, adults and children – between October 1921 and the early months of 1922 – replied. The essay analyses the history of these postcards, the humble and cultured lexicon of the Italians of the time, the codes of mourning and patriotic pride, the geographical origin and, as far as possible, also the social and cultural profile of the Italians who, having often lost a child, a husband, a father or a friend, they wanted to talk to the unknown soldier. 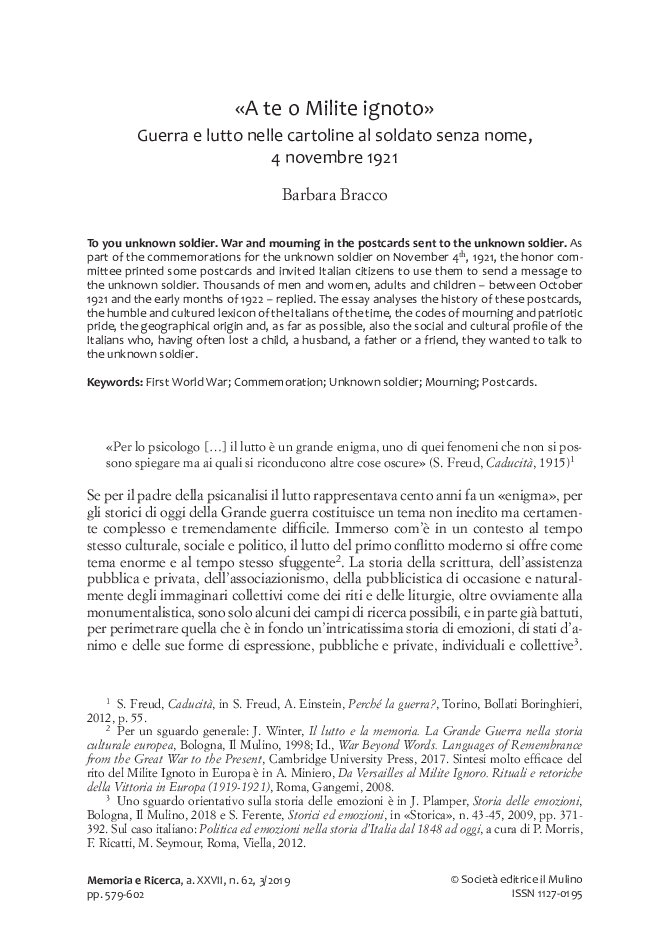