National day holidays are the key moments, ahead of any others, in the dramatic and visual presentation of identification with the past and with a shared project for the future. These dates are also a means of communicating to the world what are considered to be the qualities, essences and strengths of each nation. The political rituals deployed on such occasions help construct the myths that sustain nations. Through them states also appeal to the emotions of their citizens in order to get them to identify with the cultural references, locations and values alluded to in each case. The significance of these events differs from one country to another. Not all have the same status, nor are they staged in the same way, even though in each case they are identified with events and experiences from the respective national stories. For Spaniards, the commemoration of October 12 evokes references to the country’s influence in the Americas and nostalgia for empire as a foundational element of the national identity. Since there is no uniform model for such events, and in some instances a lack of consensus around them or tensions between them and other forms of celebration, a comparative approach is an ideal exercise for highlighting the exceptional features of Spain’s National Day holiday in an international context over the course of the twentieth century. The following analysis will contrast the Spanish case with those of the United Kingdom, Portugal, Norway, Italy, France, Ireland, the United States, and Canada. 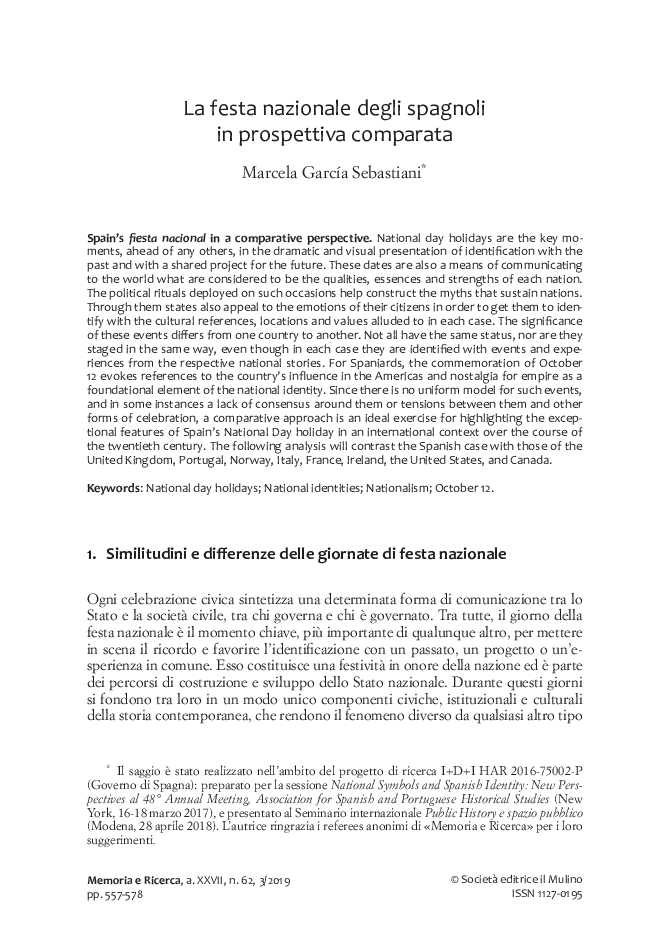