This article aims to delve into Glissant’s contribution to the theories (such as postcolonial and métissage studies) that examine the problem of cultural identity in situations of meeting/conflict between cultures in unequal relationships. Tracing certain theoretical nodes that recur in Glissant’s essays, the article demonstrates the substantial continuity that exists between the first and second phases of his reflections: while in Discours antillais literature had the ability to give a voice to the oppressed and the subjugated, starting with Poétique de la Relation, new ethical-political challenges of the chaos-world render aesthetics indispensable as the art of thinking, imagining, and acting. In this sense, Glissant’s thought is characterized not by a progressive aestheticization of the political dimension, but rather an incessant politicization of the artistic-literary sphere 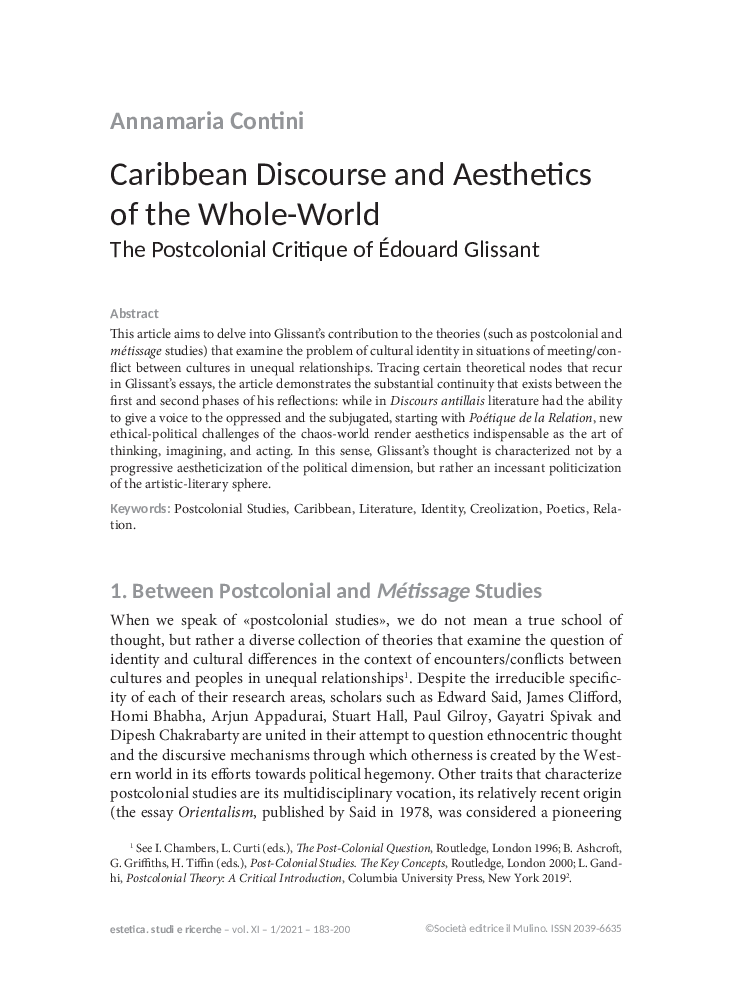