Philosophers have frequently found themselves caught up in apparently endless and irresolvable disputes between realist and anti-realist construals of values. These disputes typically rest on a shared, abstract conception of a value fact, modeled on but distinct from a physical fact, as something that is simply given, independently of human history and culture. If, however, we abandon this conception, then we can usefully see the philosophy of value as an attempt to articulate and defend normative commitments that emerge and evolve historically and that could converge. So understood, contributions to the philosophy of value display important affinities with works of art, insofar as both are elements of our ongoing practical and reflective efforts to live freely 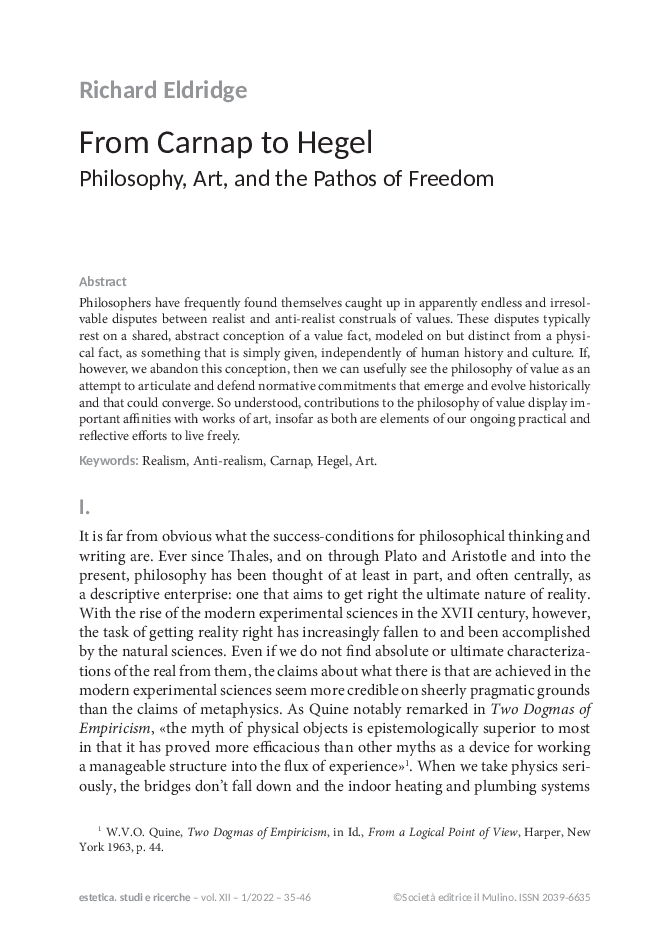