On the basis of a comparison of the Hotho's version and the several versions of Hegel's Aesthetics ("Nachschriften" and "Mitschriften"), the paper aims to demonstrate two suggestions: 1) from a philological point of view, my paper deals with the opportunity to show that Hotho's version is a one-sided view of Hegelian comments on metaphor, because the 1821, 1823 and 1826 lectures on Aesthetics submit a development on this matter, that I compare with the positions represented by Gottsched, Sulzer and Klopstock; from a philosophical point of view, my paper focuses on the way Hegel inherits the reflections of such thinkers into novelty shapes. Since Hegel, starting 1826, enhances the spiritual function of the metaphor, which intertwines the sensible and the spiritual dimension, the metaphor gets a spiritual meaning due to its heteronomy. The autonomisation of the metaphorical system could have in fact, as result, a gap between the sensible and the ideal dimension. The metaphor attains therefore a philosophical meaning in its solidarity with the conceptual thought. 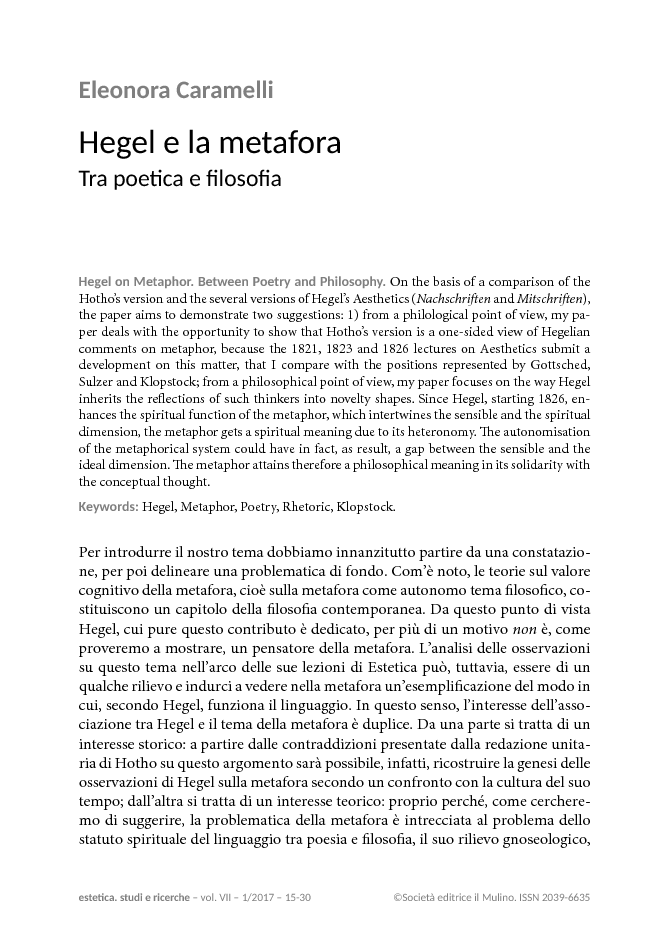