My essay will investigate the question of Europe and philosophy, and its other side, which is not elsewhere but rather consists in the concrete gesture of inscribing here a division between an inside and an outside. I will explore its philosophical and political beginnings and oblivion, which condition the realization of Europe in a paradoxical separation, with an indebtedness to another side, by which it engenders its own orientation. From its inception "per differentiam" from the East, Europe becomes this very project of techno-scientific-rationalization, of unrelenting assimilation, which presumes to manage and organize in its horizon of realization any new event in its history, any intrusion. But this same project or constitutive relationship with the other side puts Europe and philosophy, as borderlands, into question. 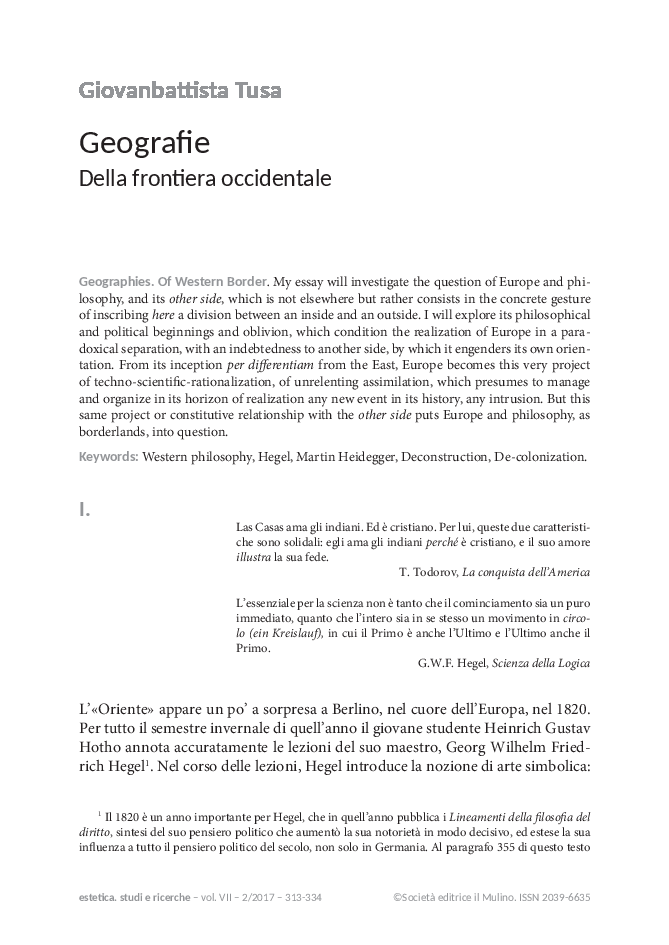