The adherents of contemporary Philosophical Anthropology display different positions on the issue of animality, insofar as it involves the nature of mankind. According to Helmuth Plessner, the human being can never reject his naturality and cannot give up his animality. The human being can have the property of «eccentricity» only because, at the same time, he is also «centric»; the capability to see himself «from the outside» and over time presupposes a foundation in the present, in the «here and now». In particular, the need to use perception and the senses - which are simultaneously boundaries and barriers for mankind - demonstrates the human rootedness in animality. Self-reflection (made possible by eccentricity) and the human need to weigh up and to evaluate can also represent a burden and a drop of grace, as suggested - inter alia - in von Kleist's tale «Das Marionettentheater». 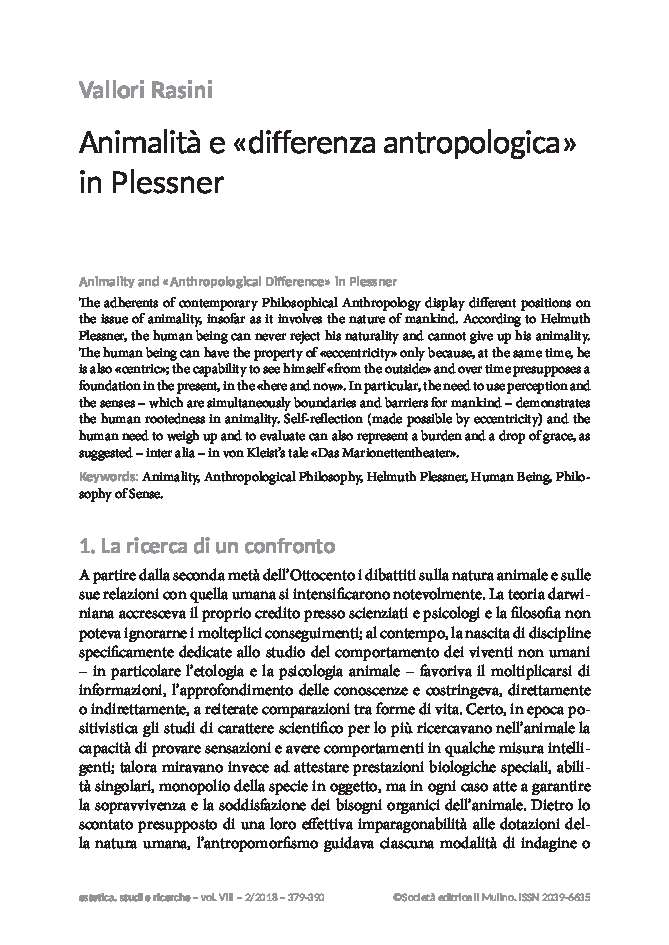