Taking some remarks of W.F. Otto as a starting point, this paper aims at providing a thorough assessment of the common features and the differences between the understanding and the use of myth in the works of F. Nietzsche and E. Jünger. For both authors, the symbolic quality of myth is key, because myth, by means of its powerful and disturbing images, is able to express a richer and more complex world experience. Throughout Nietzsche's production it becomes more and more clear that in his view myth and art in general don't have anything to do with «superior revelations»: they intersect with philosophy and become a self-conscious and critical construction of truth, which is always, somehow, a form of narration. In Jünger, instead, art (myth), philosophy and theology are seen as the three great powers that witness human beings' participation to eternity: they give to those who are able to be individuals and to overcome the fear of death, the possibility to withstand the nihilistic vortex of time. 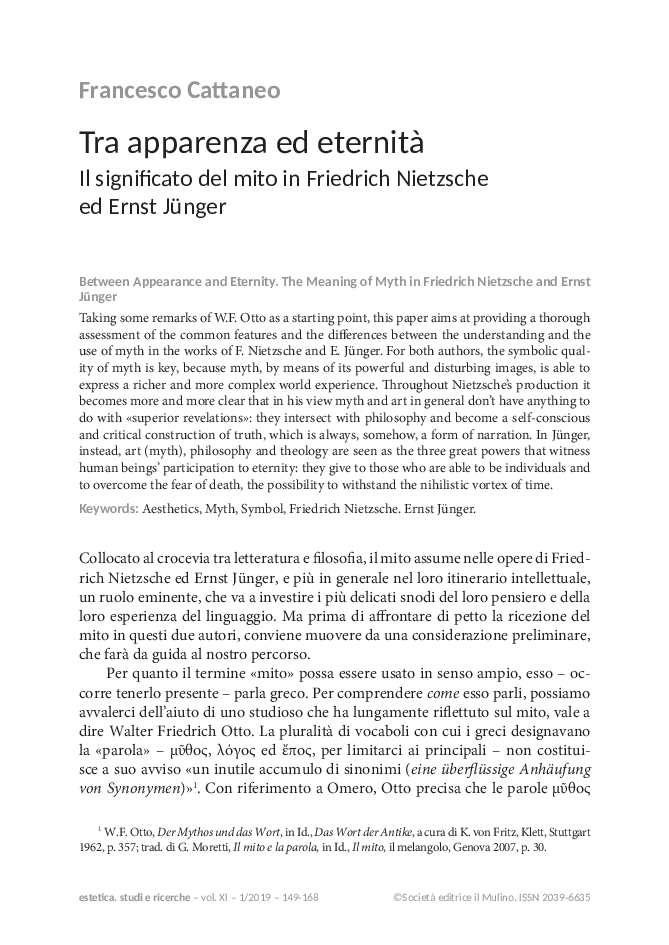