As already the title wishes to underline, the subject of the article doesn't concern a more or less convincing aesthetics of Augustine, but the question about the role that the philosophy of Augustine - and in particular his idea of truth as revelation, far from the classical paradigm of the adaequatio -, has had in the formation of Aesthetics. In fact, since Soliloquia and De mendacio, we see how Augustine contended with a concept of truth capable of taking into account the requests raised by the model of scriptural truth. A truth whose mystery is attainable thanks to an interior disposition of mind rather than the simple reasoning. Hence the deep analogies, even though non-immediately visible, with Aesthetics, which in the secularized modernity is going to place the feeling above the knowledge. 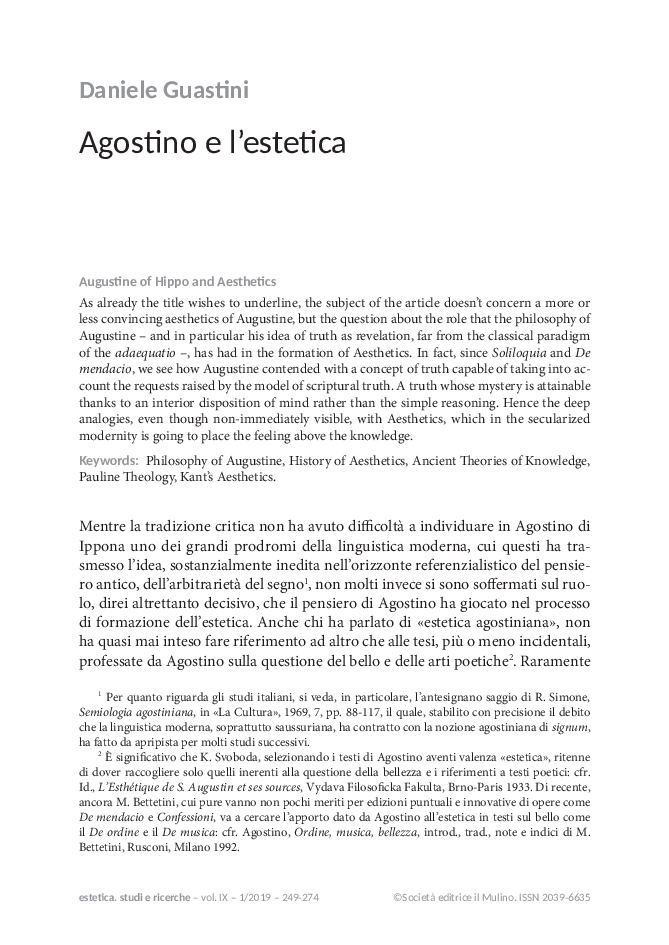