Philosophy, starting from Kant, tries to delimit the limits and thus to finitize human consciousness, but then it fails in the task of assuming finiteness itself as finite, with a certain beginning and an end. In my essay I present different conceptualizations of end which resist the logic of means, opened up by ecological thought, starting from the problem – central to the continental philosophy of the 20th century – of human finitude. In the first part of the essay the relationship between finitude and truth is problematized through a critical reading of Michel Foucault, Martin Heidegger and Alain Badiou. In the second part I present some hypotheses on how this relationship is transformed by the category of extinction, understood as a non-human transformational capacity of human thought, a radical capacity of alienation which can however become an access to a dimension of thought in which «ecology» designates a new thinking of togetherness and of a cooperation which drives contemporary thought into reformulation of political possibilities for the future. If, however, current ecological thought sometimes promotes the post-political scenario of an organic return to the earth, an extinction understood in the sense of the end of human life and an abrupt termination of the world, in my essay I rather try to maintain human’s ability of detachment as a political dimension, the capacity of thought to make a difference. 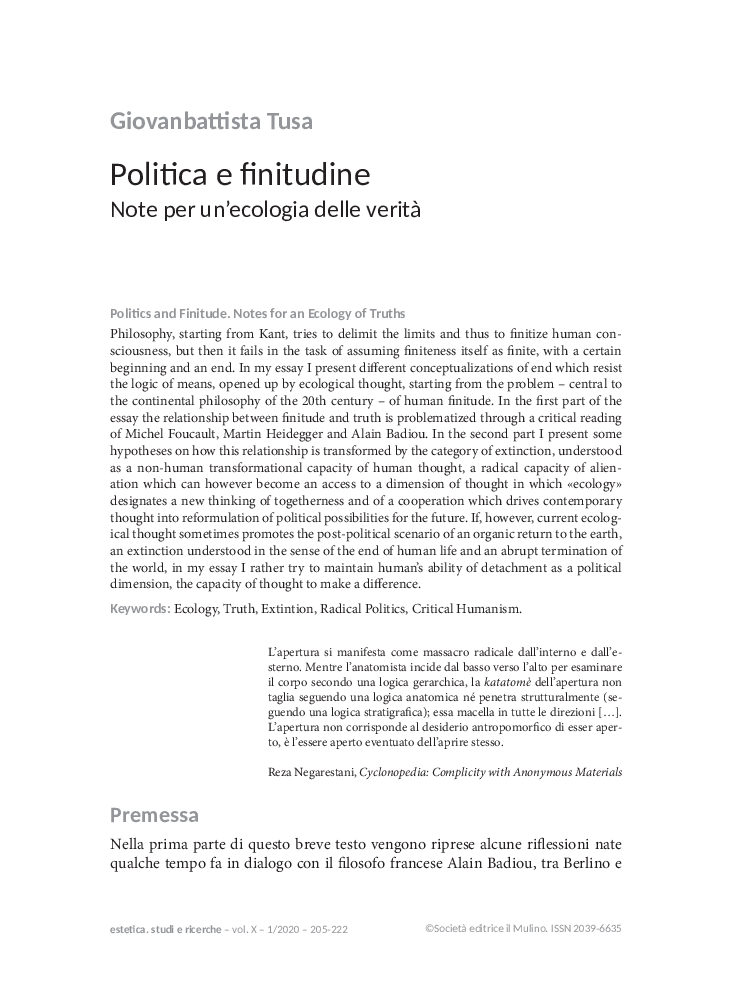