The Greek gymnasium was replicated in the architecture, art, and activities of the Imperial Roman thermae. This mimēsis was rooted in sincere admiration of traditional Greek paideia – especially the glory of Athens’ Academy and Lyceum – but it did not manage to replicate the gymnasium’s educational impact. This article reconstructs the aesthetics of a visit to the Roman baths, explaining how they evoked a glorious Hellenic past, offering the opportunity to Romans to imagine being «Greek». But true Hellenic paideia was always kept at arm’s length by an assumption of Roman cultural superiority. One may play at being a Greek athlete or philosopher, but one would never dedicate one’s life to it. The experience of the Imperial thermae celebrated Greek athletic culture, but it remained too superficial – too spectatorial – to effect the change of soul demanded by classical gymnastic education. 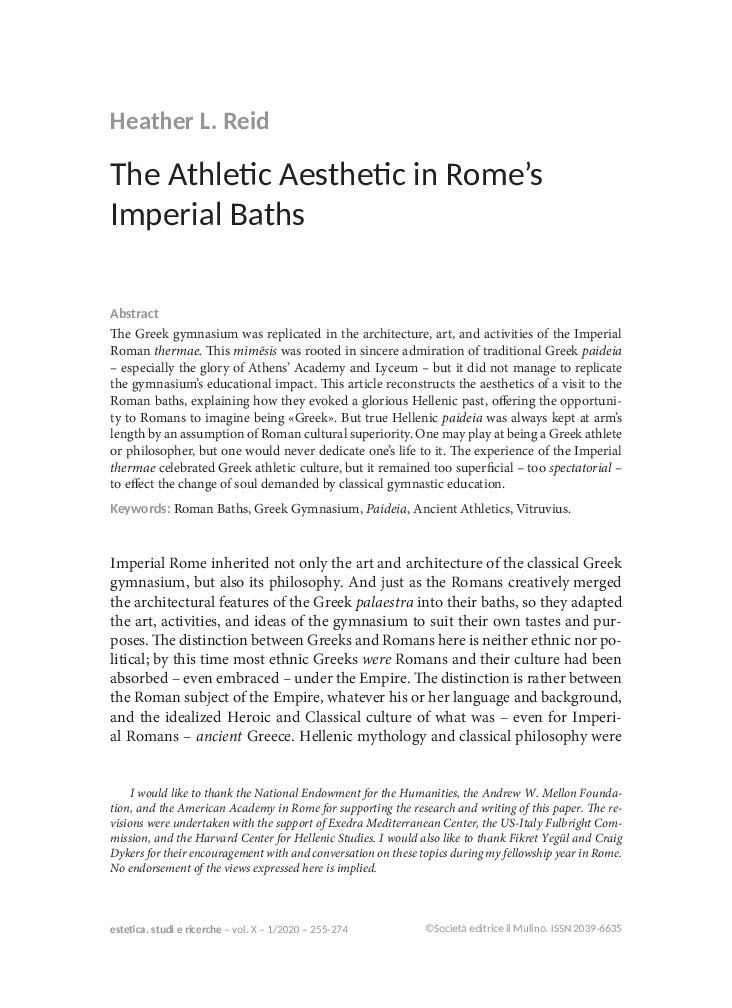