Hegel defines the features of authentic Skepticism as the awareness of the contradictory nature of every content of consciousness, be it perceived or thought, and the consequent abstract claim of the subject freedom. With the exception of Plato’s Parmenides the only correspondence to this definition is the neo-Pyrrhonism that spread in the Roman Imperial Age. Hegel needs, however, to rebuild the long prehistory of Skepticism, which has its premises in the religious, literary and philosophical forms that culminate in «Greek Enlightenment». While opposing the Sophists, Socrates in particular, and defending the traditional ethos, Aristophanes participates in the movement that stands behind skeptical philosophy. Therefore Hegel shows how the old comedy makes fun of the Athenians and of the gods, enacting the deformation of the ethical and the divine. Therefore Aristophanes’ comedy, like the Socratic investigation, also contributes to the dissolution of the «beautiful» Greek ethics. The comic conscience, self-assured, thus shows its nature of «real Skepticism». 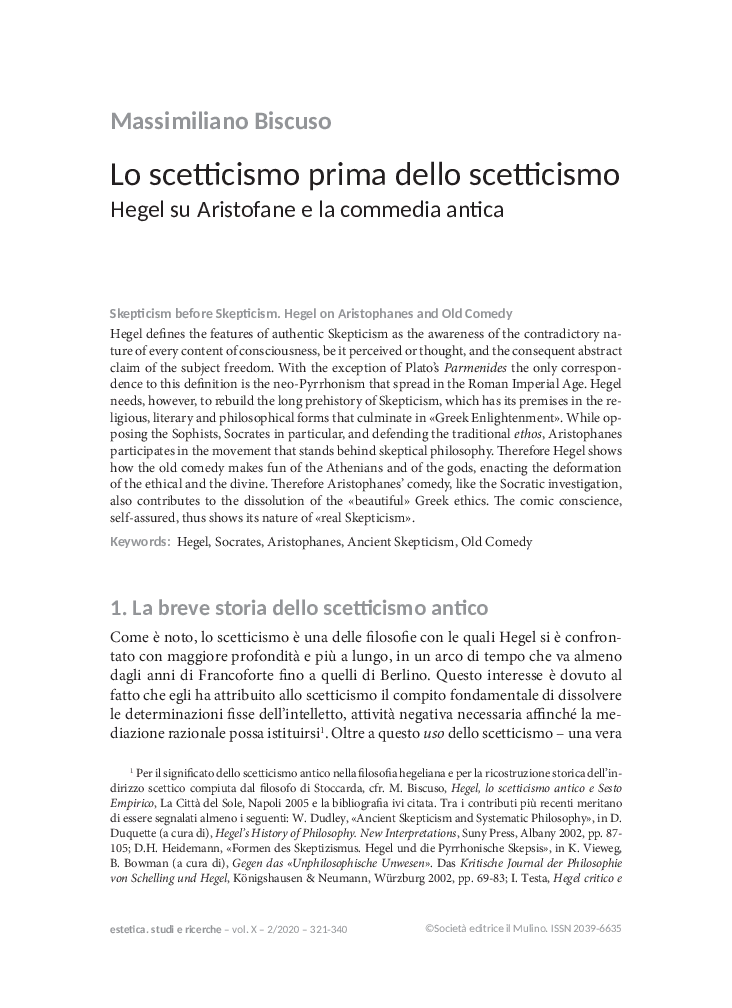