In this paper I aim to examine Hegel’s and Hölderlin’s conception of tragedy, in order to answer the vexata quaestio of the death of tragedy in modernity. I will recognize that the most important affinity between the two theories lies in their common emphasis on the notion of self-reflection, that both Hegel and Hölderlin have placed at the core of Greek tragedy. Moreover, I will focus on the elements of dissimilarity between their conceptions of the destiny of tragedy, with regard to the role they address to philosophy and theatre in modernity. I will argue that both Hegel and Hölderlin recognize in tragedy a trans-historical drive, namely what Szondi called «the tragic». Nevertheless, they disagree on the function that should be ascribed to theatre and philosophy in a post-classical society. 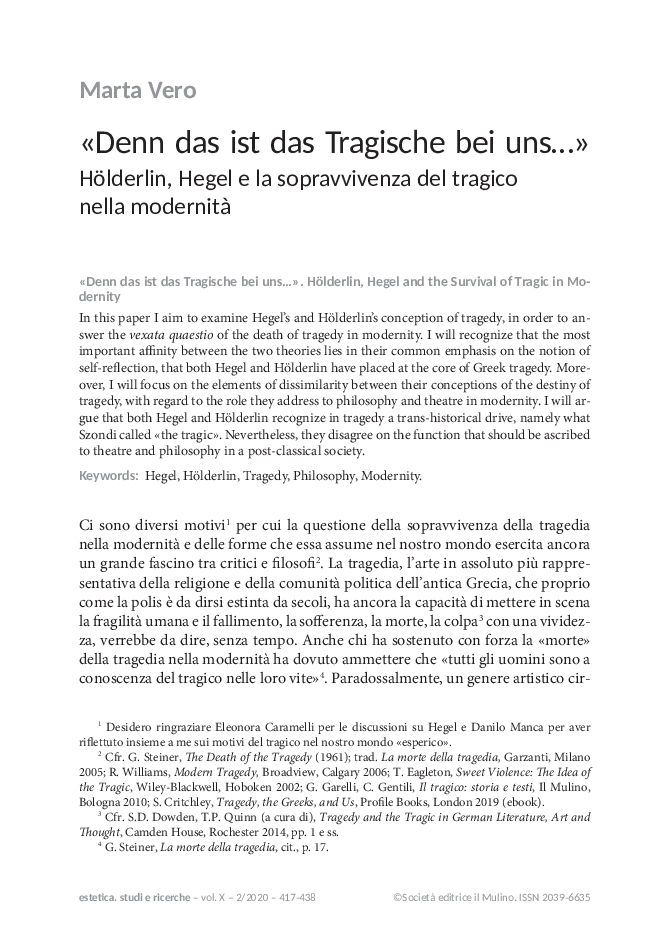