The topic is how Hegel understands the ways in which the requirements of an emerging industrial capitalism raise several ethical questions in social and political philosophy, and how he tries to address those questions. The Fundamental Elements of the Philosophy of Right, is a defense of the rationality of an interconnected web of modern institutions, including a modern market economy, but Hegel defends a substantive, and not a formal theory of rationality. Human beings are essentially rationally reflective, free beings, and if they come to live in a way that, as he would put it, does not agree with this concept, then that way is objectively irrational and so cannot be defended. But in his account of civil society, Hegel himself identifies essential elements of a profit-driven, competitive, wage-labor system that are clearly threats to such freedom. These include the increasing simplification and mechanization of labor, overproduction and so inevitable poverty, an intrinsic inequality that threatens the recognitive standing of individuals, and the failure of the market to «educate» participants about their fundamental dependence on each other. So the question is how Hegel can demonstrate these threats, and nevertheless defend the structure of modern civil society. 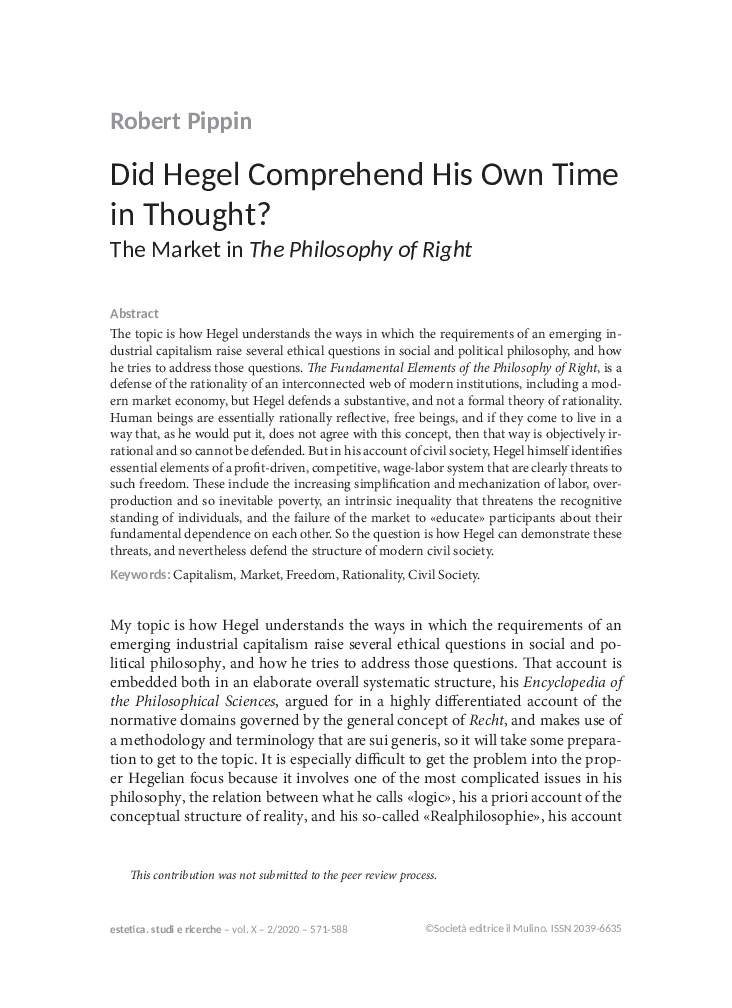