This essay is focused on the margin of the image, from a semiotic and an aesthetic point of view. The study explores the main issues concerning the "frame" of the representation by analysing some of the primary dissertations on it. The "frame", understood in both its material and theoretical status, is a dense limen, which shows those spaces that the frame itself is designed to articulate. Often this means that represented frames can make the distinction between the space of the representation and the space external to it somewhat problematic. Therefore one of the main topic of this essay concerns the "space of art", i.e. the social, aesthetic and pragmatic rules by which a given culture considers a work as an artistic work. The first theoretical part anticipates the analytic one, which will focus on some Paolini's paintings created during the '60s, also comparing two of them with Neo-Impressionist artworks. Particularly, Seurat makes ambiguous the distinction between the interior and exterior of the representation, painting the frame itself by means of pointillist technique. During the '60s the support of the representation and its frame reappear as an important space of experimentation. Some artworks by Giulio Paolini will be examined in relation with other paintings of the same period. Furthermore, we will analyse two oeuvres by which Paolini "translates" Seurat: by these works we will try to demonstrate the difference between the aesthetic value of the margin in Neo-Impressionist art and in Paolini's work 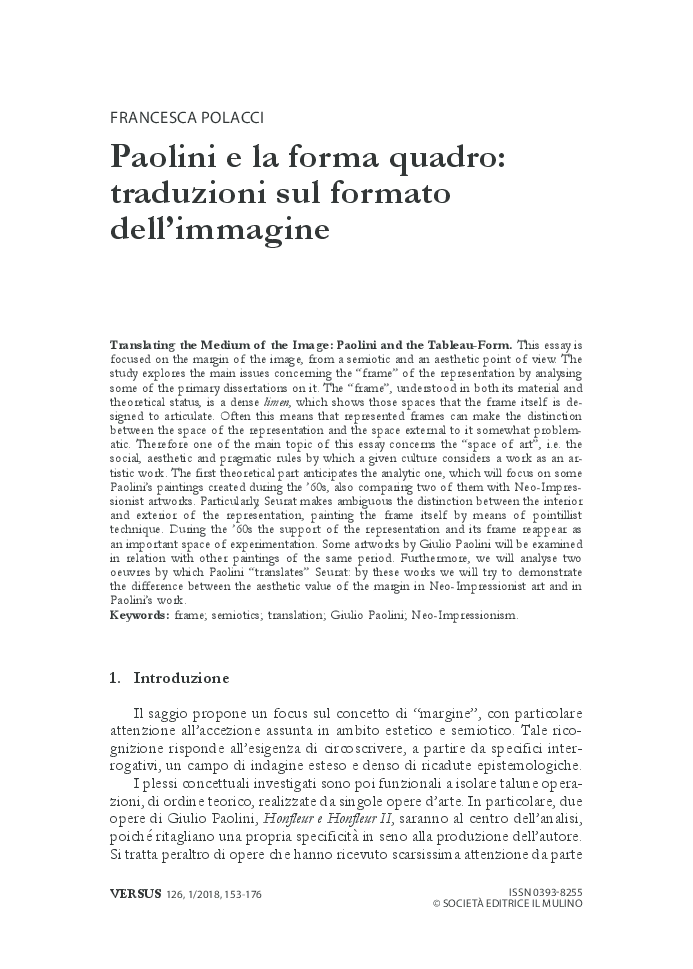