Since it hit the headlines and aroused the interest of scholars, the phenomenon of posttruth has received two main different interpretations: someone has observed that in the phenomenon there is nothing really new: lies and fakes are always existed and the only real difference is represented by the speed with which today, thanks to the means of communication, they spread. Others, on the other hand, have emphasized the close relationship between postmodernism and post-truth, arguing that the first one is the ideological background of the second one. Our paper aims to show that in order to frame post-truth in the right perspective, we need the theoretical framework offered by the rhetoric. In fact, we will try to show that this theoretical framework (reconstructed starting from the Greek rhetoric) has three fundamental strengths: 1) a conception of truth which is more flexible but which does not lack a normative dimension; 2) an idea of communication in the public sphere that already contemplates not only the presence of subjective and emotional elements, but also the conflictual dimension linked to them; 3) the presence of a strong educational component that appears fundamental in the formation of citizens who must avoid being passively victim of the post-truth circulating in the public sphere above all, but not only, through the web. 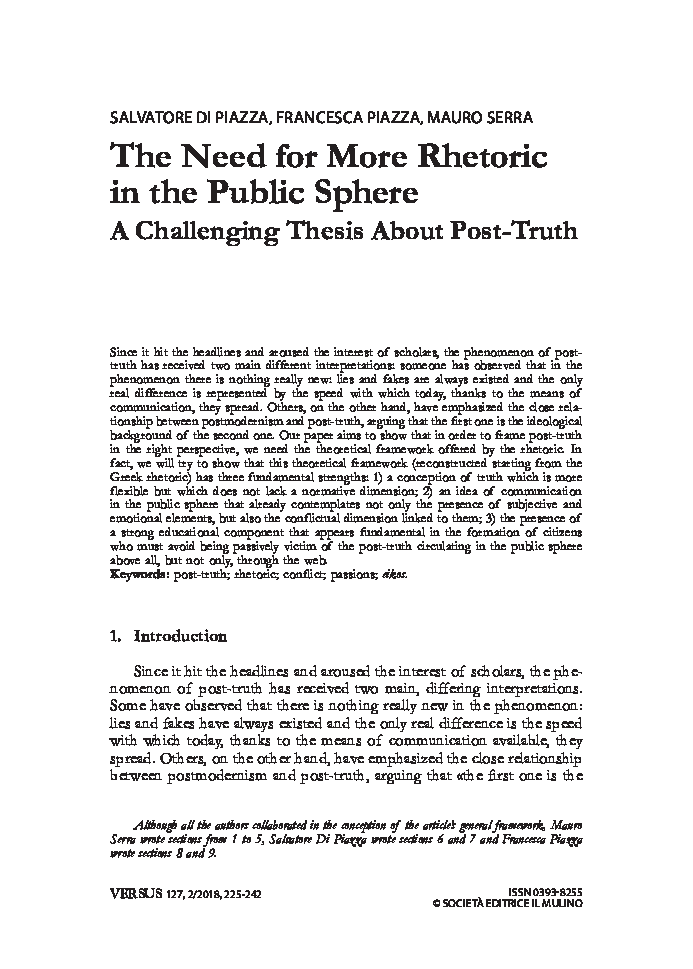