Commenting on Eco's papers about fakes, I claimed that what is meant by a fake depends on what is taken to be the original, and this, in turn, revolves around the relation between type and token. As observed by Prieto and Grice, a sign, apart from the content it conveys, also carries a message informing us that it is a sign. The scare crow is a sign to the addresser, but not, ideally, to the addressee, that is to the birds which are supposed to take it to be a human being. What might be false about news, considered as information, is not intrinsic to the sign, but concerns its relation to reality, that is, to perceptual experience. Thus, we have to begin by making an explicit distinction between something being "true" to the type of which it is a token and being "true" to the world taken for granted. 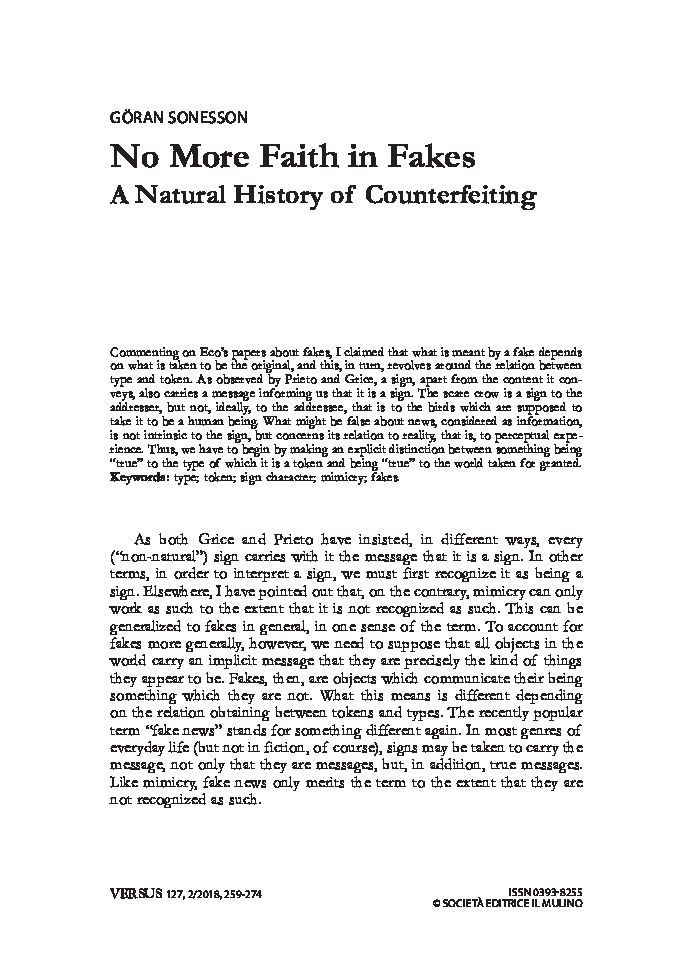