In Semiotics, the notion of form of life seems to be associated to crossing a boundary, be it the one between dimensions of language (usage/rule), between cognitive aspects of a discourse (ethical/aesthetic) or generic dimensions of living (particular/general) in such a way that its own perception (and therefore its heuristic relevance) seems subordinate to the possibility of comparing those that initially appear to us as heterogeneous textualities. In order to detect the form of life it is necessary to go beyond the text, whether this leads to a practice or another text, and therefore a discourse. But is there a possibility that a text does not limit itself to speaking about a form of life, being somehow its simulacrum? Not a text that speaks about a form of life, therefore, but a text that speaks the form of life, articulating it as a coherent deformation which, at this point, holds together the planes of expression and content. My thesis is that such a possibility is offered by Vivian Maier's so-called self-portraits. 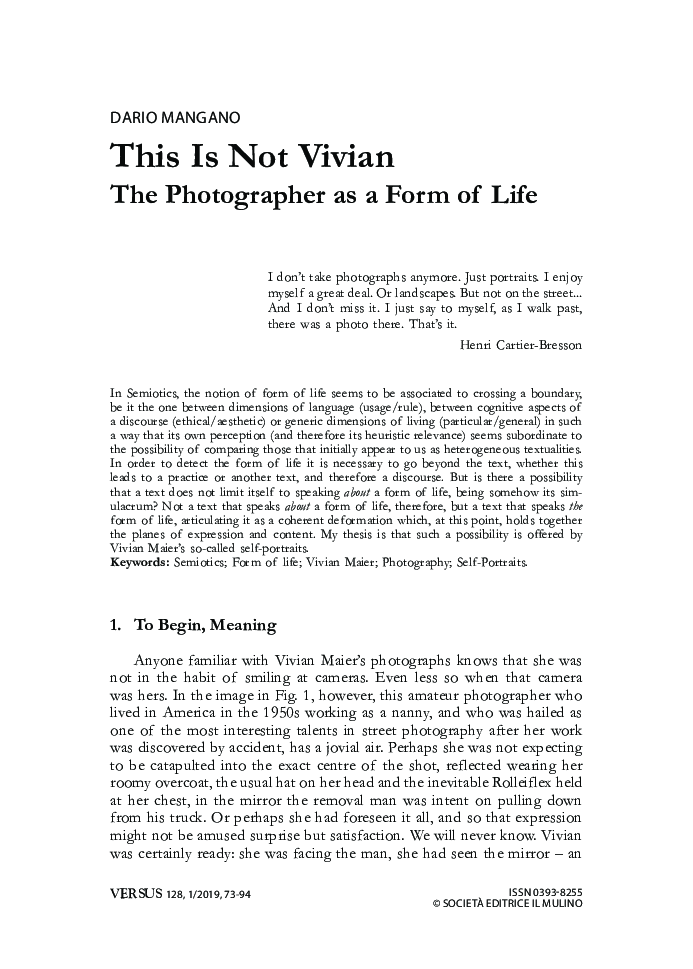