In this article the theory of material engagement, as mainly formulated by Lambros Malafouris, is put in relation with the cooking methods and techniques shown in some recipes. According to the material engagement theory, there is a close relationship between intentionality and affordance, i.e. the way through which an object suggests to a subject how he/she has to manipulate the object itself. The recipes taken into account belong to very different periods, from the 14th century to today. The ones selected for this article were those which contained explicit and detailed instructions about techniques and tools. The study does not aim to outline an historical evolution of cooking techniques, but only to indicate some ways to further the research. The analysis of these recipes highlighted the following key points: 1) the level of the physical strength used in the execution of cooking tasks (tensive and intensive aspects of the relationship between subject and matter); 2) the level of mediation of the tools; 3) the normative level of the recipe, whereas normativity is indirectly proportional to the level of creativity in relationship with the environment 4) the level of strategy, i.e. the ability of the subject who cooks to foresee and manage the "counter-moves" of the matter. 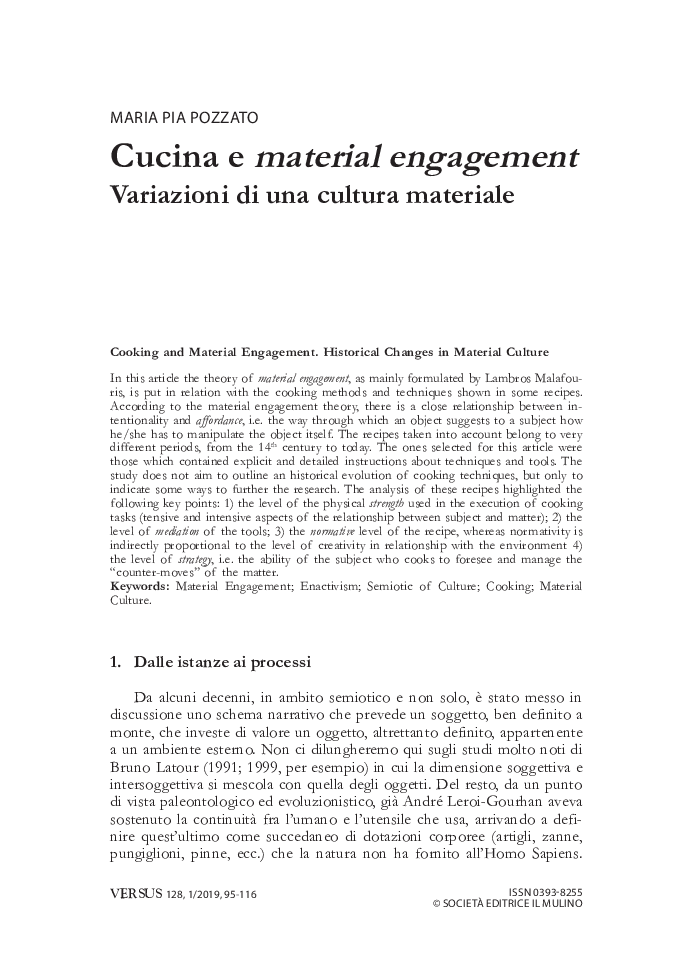