This paper regards the emergence of forms of life in the field of food and dietary choices. It aims at connecting meat-free diets with the notion of form of life, especially focussing on the moment of "conversion" from an omnivourous diet to vegetarianism or veganism. The semiotic mechanisms of transitions between forms of life connected to dietary regimens will be highlighted. How does the conversion happen? Like in spiritual and religious discourses, the conversion is often a striking event, a punctual episode in the subject's life, affecting particularly his/her pathemic and sensorial spheres. In other cases, conversions imply complex and slow processes, affecting pragmatic and cognitive dimensions. The enunciative category of assumption/assertion and the theory of narrativity will help to understand which are the deep semiotic processes involved in the phenomenon of dietary conversions and the way these are connected to the emergence of forms of life. In order to examinate the semiotic transformation of dietetic conversions, the corpus of analysis that will be considered includes literary texts, also autobiographical, movies and other mediatic texts about stories of conversion from an omnivorous diet to a no-meat diet. 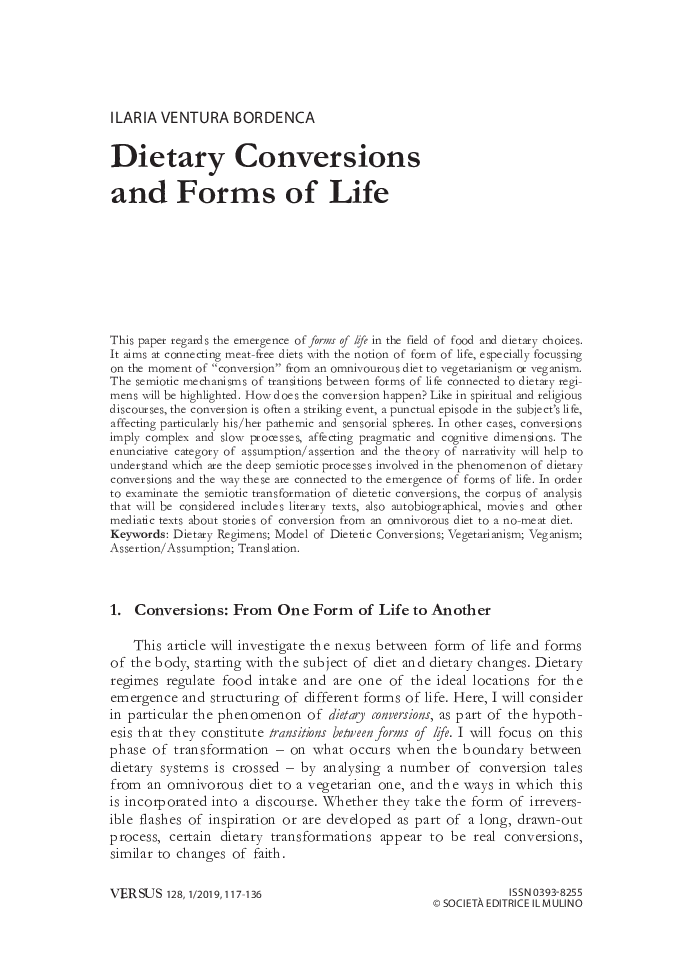