An implicit indirect report is a report which does not explicitly display features of indirect reports (e.g. the verb 'say' or the presence of a reported speaker), but implies an evidential base requiring the structure of an indirect report. Most importantly, in this paper I demonstrate that such structural elements are active from a syntactic point of view in that they allow anaphora under certain conditions. Although it is the speaker's meaning that matters in these cases, insofar as it intrudes into the explicature and it requires a certain (compulsory) logical form, the elements of the logical form implied at the level of the explicature are syntactically active. Furthermore, they sometimes require syntactic slots such as the experiencer and, furthermore, and somewhat surprisingly, in the case of second person reports what is being implied is a structure hosting a de se implicit attribution which allows an internal perspective. Such implicit indirect reports with de se ramifications are to be considered as logophoric structures that present the perspective of a particular person, and in general the experience is linked to a time which is posterior to the event being narrated in the indirect report. The issues addressed by this paper go beyond the topic being explicitly discussed, as issues are raised on the nature of the explicature involved in semantic/pragmatic analysis and the possibility that elements of the explicature are syntactically active. Such considerations can also be extended to other types of explicatures and have to be pursued in due course. 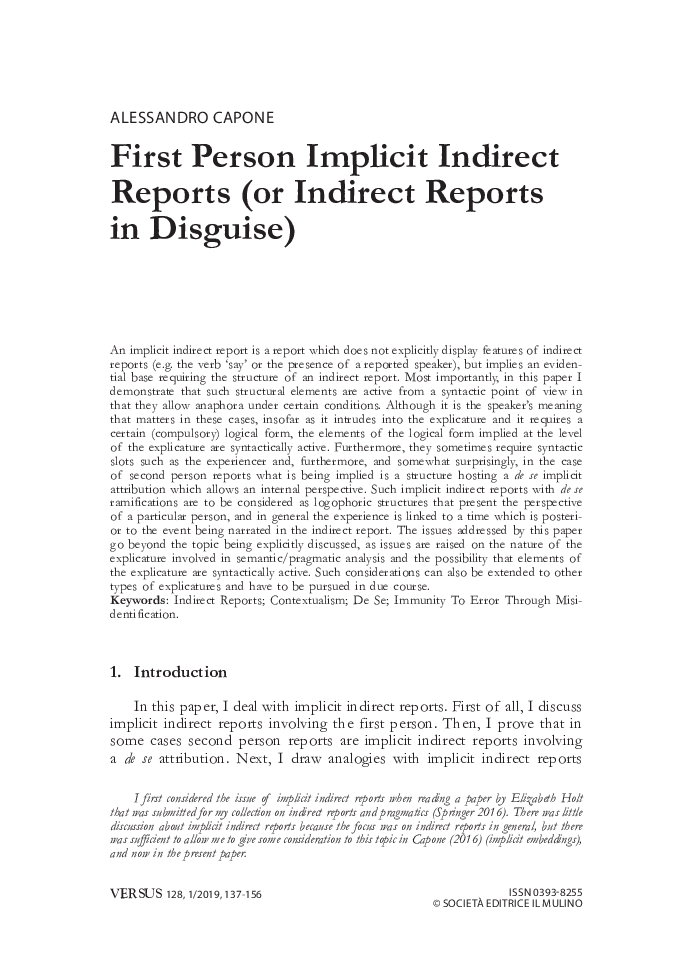