The contribution aims to investigate the presence of Francesco Petrarca and Canzoniere in the Histoire de ma vie by Giacomo Casanova starting from the analysis of a Casanovian manuscript, kept at the State Archive in Prague. In the short essay examined, Casanova creates an exegesis of the more “earthlyµ verses written by Petrarch for Laura, appealing to those who had not given, in his opinion, the correct consistency to the love story described in the Rerum vulgarium fragmenta. In a first part of the analysis we will try to clarify the reasons for the particular admiration of the libertine for Franciscus, while later we will focus on the historical-critical framework of the Casanovian glosses, of the monumental and fortunate work of the abbot de Sade, dedicated to the biography of Petrarch. In the appendix the Italian translation of the text and the reproductions of the manuscript are proposed for the first time. 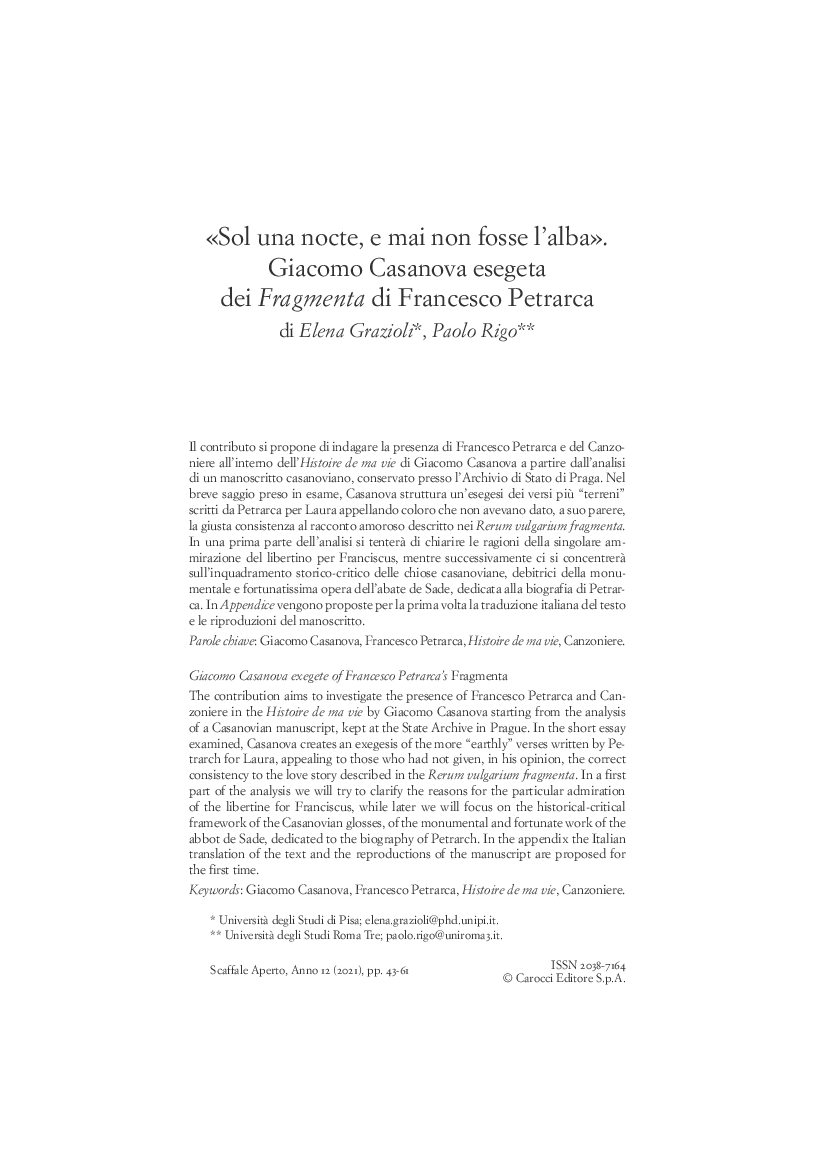