This essay focuses on the two different explanations that Dante provides of the phenomenon of moonspots. Since the first one, which features in the Convivio, is usually ascribed to an Averroist tradition, its rejection in Paradiso II is often read as a palinody, which would mark Dante’s overcoming of his previous philosophical beliefs. Through an investigation of Averroes’s theory of moonspots and of its development during the thirteenth century, the essay shows how the explanation skectched in the Convivio was just a version of a theory that can be traced back to the Arab philosopher only partially, and that was variously endorsed by both philosophers and theologians. Finally, the essay reconsiders the role played by moonspots in the context of Paradiso II. 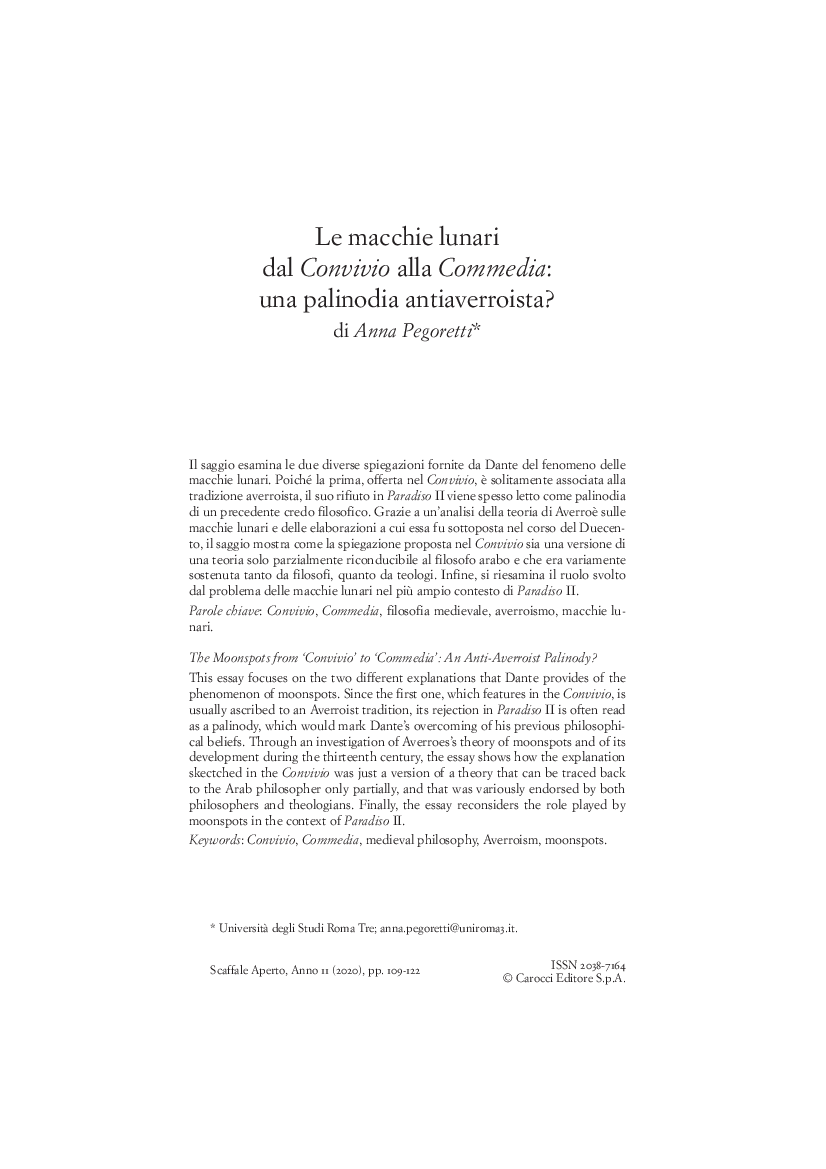