Negotiators' emotions strongly affect counterparts' behavioral reactions. In particular, some research show that, compared to happy negotiators, angry negotiators get higher concessions, whereas other research indicate that happiness pays more than anger. This incongruence has been spelled out either in terms of diagnosticity of the emotions or in terms of intensity of the emotional contagion. We propose that the direction of the effects depends on the social context where the emotion is expressed, namely either in a public or a private context of the negotiation. In a negotiation by e-mail, sixty participants received either angry or happy messages from a simulated opponent, while either no one else or a group of colleagues followed the communications in carbon copy. Private expressions of anger elicited larger concessions than private happiness, whereas public anger yielded smaller concessions than public happiness. This effect could be explained suggesting that in public contexts negotiator's gut reactions overrule strategic considerations which would recommend to concede more to an angry opponent than to an happy one. Indeed, in public negotiations participants' emotions were more affected by opponent's emotions than in private arenas. These findings suggested that the interpersonal effects of anger and happiness could be the result of either strategic considerations or visceral reactions and that the dominance of one of these two factors is strongly determined by the characteristics of the negotiation social context. 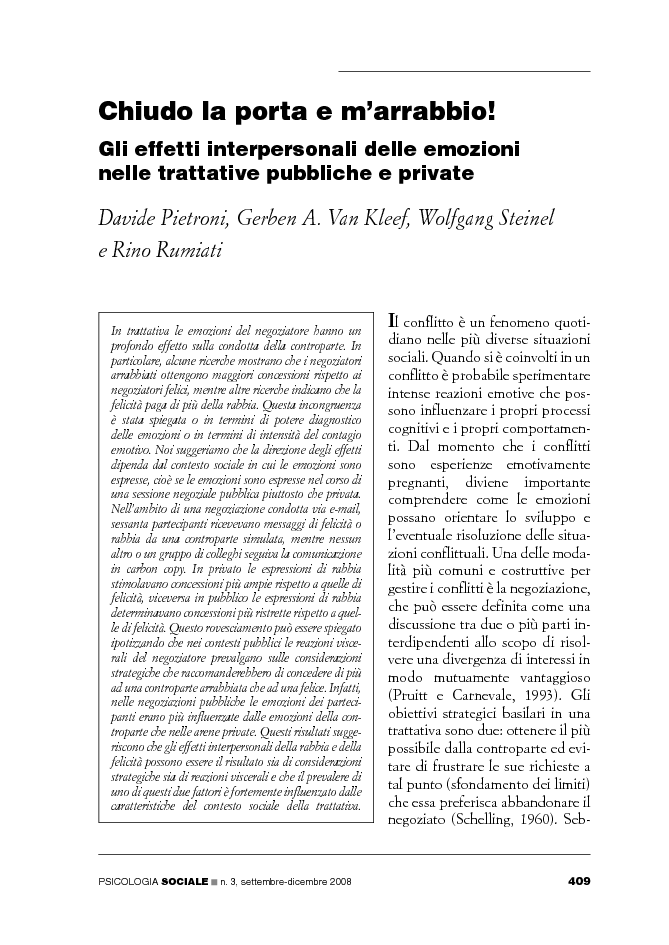