Like every founding contribution to social psychology, the work of Henri Tajfel lends itself to various readings. That which is proposed here discusses a striking discordance between an "empirical" Tajfel and a "theoretical" Tajfel, both contemporaries. The former is closely associated with the proposal of the minimal group paradigm, an experimental procedure designed to study intergroup discrimination. The latter, with a systematic and cumulative theory of social identity dynamics in status hierarchies. It is claimed that the apparent contrast between these two parts of Tajfel's work is due to their lack of articulation. Notions pertaining to social status, power, and domination play the leading role in Tajfel's theoretical corpus which, today still, is unequalled. However, Tajfel's empirical contribution has guaranteed, during nearly twenty or so years, a tradition of research confined to the study of equal-status group encounters. Continuation of Tajfel's work has been based almost exclusively on the empirical Tajfel, as is illustrated by self-categorization theory. Such recent developments have largely ignored social hierarchies. This tendency led to the acceptance of a narrow and partial representation of the social group. It is this representation that we question in the present paper. 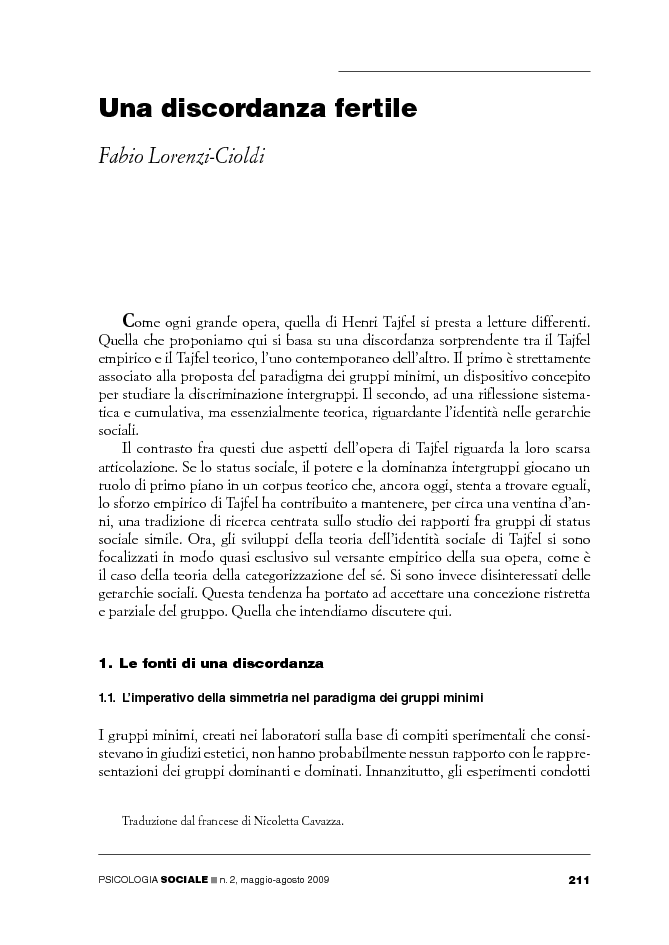