We analyzed the relations among Big Five, perceived societal threat coming from criminality and terrorism, and right-wing authoritarianism (RWA) in a sample composed of 318 psychology students. Consistent with our hypotheses, Openness influenced RWA both directly and via the mediation of both kinds of perceived threat, while Conscientiousness influenced RWA only directly. The interaction between Openness and perceived threat coming from criminality, but not from terrorism, influenced RWA. A possible explanation of this non significant link and some possible developments of this research are discussed. 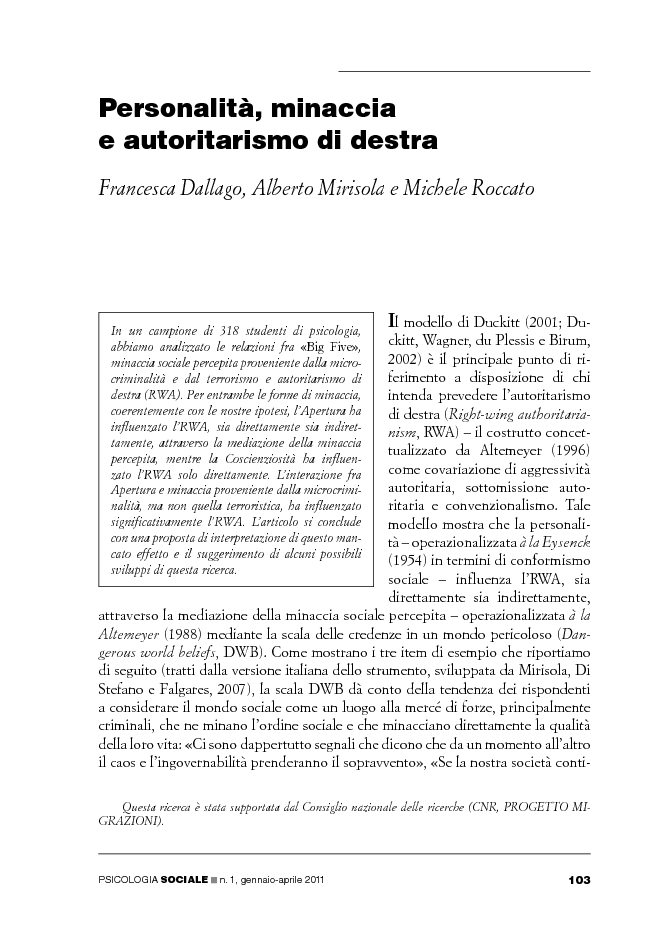