Prior studies suggest that awareness of gender stereotypes about math is not achieved before 8-to-9 years of age. However, there is evidence that girls have lower perceptions of math ability as compared to boys, and their math performance is disrupted when their gender identity is made salient from as early as the first elementary grade. To disentangle this apparent paradox, in the present study (N = 162) we tested the hypothesis that six- year-old children may possess automatic associations in line with the gender stereotype about math, in absence of stereotype awareness at the explicit level. Results confirmed that although six-year-old children do not manifest stereotype awareness, automatic as sociations in line with the dominant stereotype (as measured via a Child-IAT) are already present in girls, but not in boys. These findings suggest that gender stereotypes about school subjects may be acquired through automatic cognitive processes before they are manifested at the explicit level. 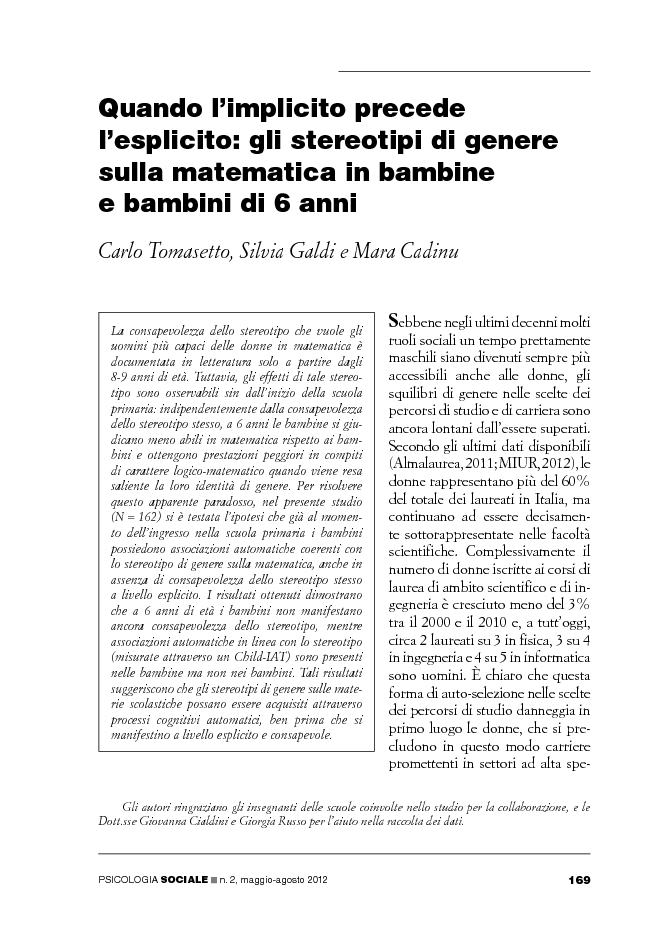