This paper focuses on policy change in the European Agricultural Policy (CAP). On the basis of the theoretical approaches of Advocacy Coalition Framework and Policy Network Analysis, it first develops an analytical framework to consider the most important intervening variables for policy change, as well as the interdependence between them and the role of contingency and time. On the basis of this framework the paper analyses the most recent developments in CAP. The traditional paradigm of agricultural policy, notwithstanding its resilience to change and its path-dependence, is now being challenged by a new model of European agriculture, based on quality production and multifunctionality. The development of a reform-friendly environment in the last decade, along with the crisis of the agricultural policy community and the building of a political discourse on the European Model of Agriculture have contributed to the fading of the old paradigm and the establishment of new policy instruments and objectives. Assessing a prospective paradigm shift requires a larger time perspective than the one passed between Agenda 2000 and the present. However, some first indications exist of a gradual shift toward the institutionalisation of new principles and beliefs among the principal actors. 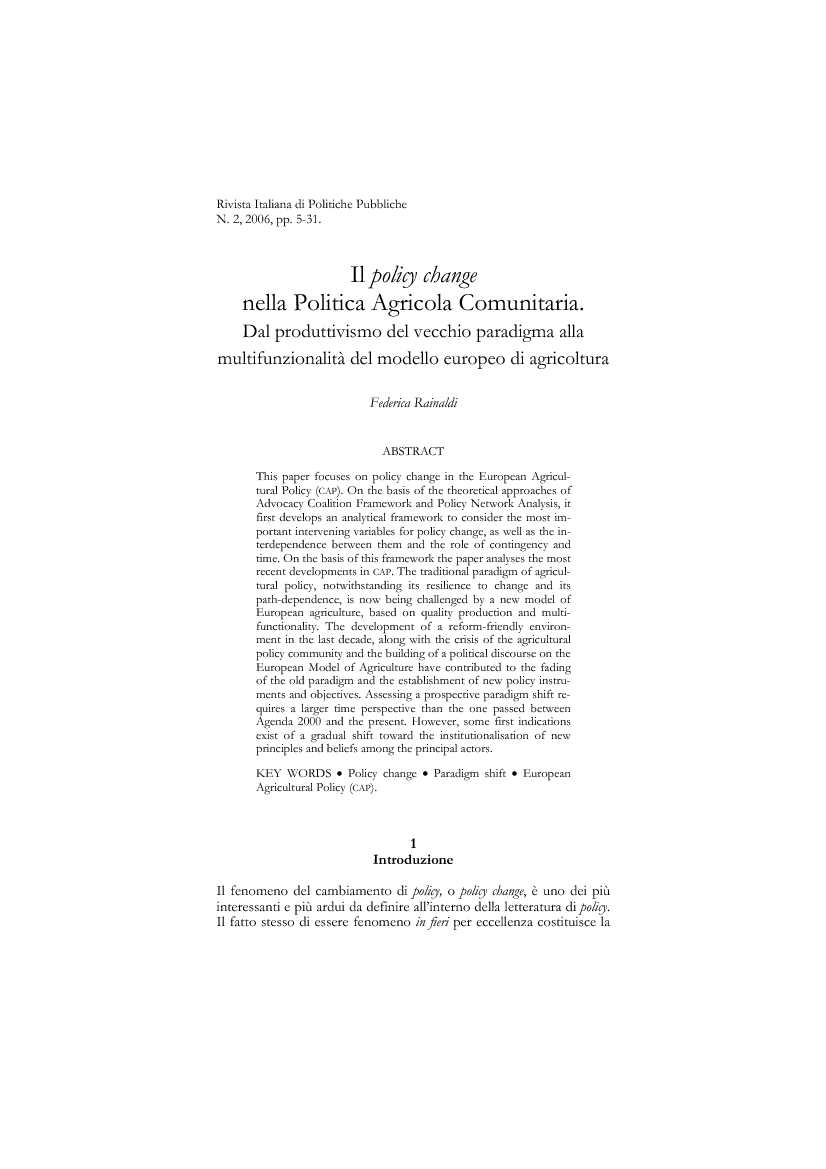