The factors which explain the pivotal role of the Treasury in the British government have stratified over the last two centuries. In the late XIX century the Treasury was firstly given the legal instruments to become the guardian of financial propriety. In the XX century, its tasks were raised by the growth of state functions and it was able to attract the best and brightest of civil servants. As a consequence of that, the institutional performance was enhanced, but at the same time a strong bureaucratic elite developed and strengthened with its own values and ideas: a "community" aimed at pursuing its own goals despite policy makers. Prime Ministers' attempts to bypass "their" bureaucrats by means of the establishment of specific bodies was not historically successful, and regardless changes in power of labour and conservative governments, the Treasury experimented no decline. Under Gordon Brown, some innovations such as the Comprehensive Spending Review and the Public Service Agreement, along with the strong political weight assumed by the Chancellor, gave the Treasury an even stronger influence on the other departments, which has been estimated to be higher than that of the Prime Minister. 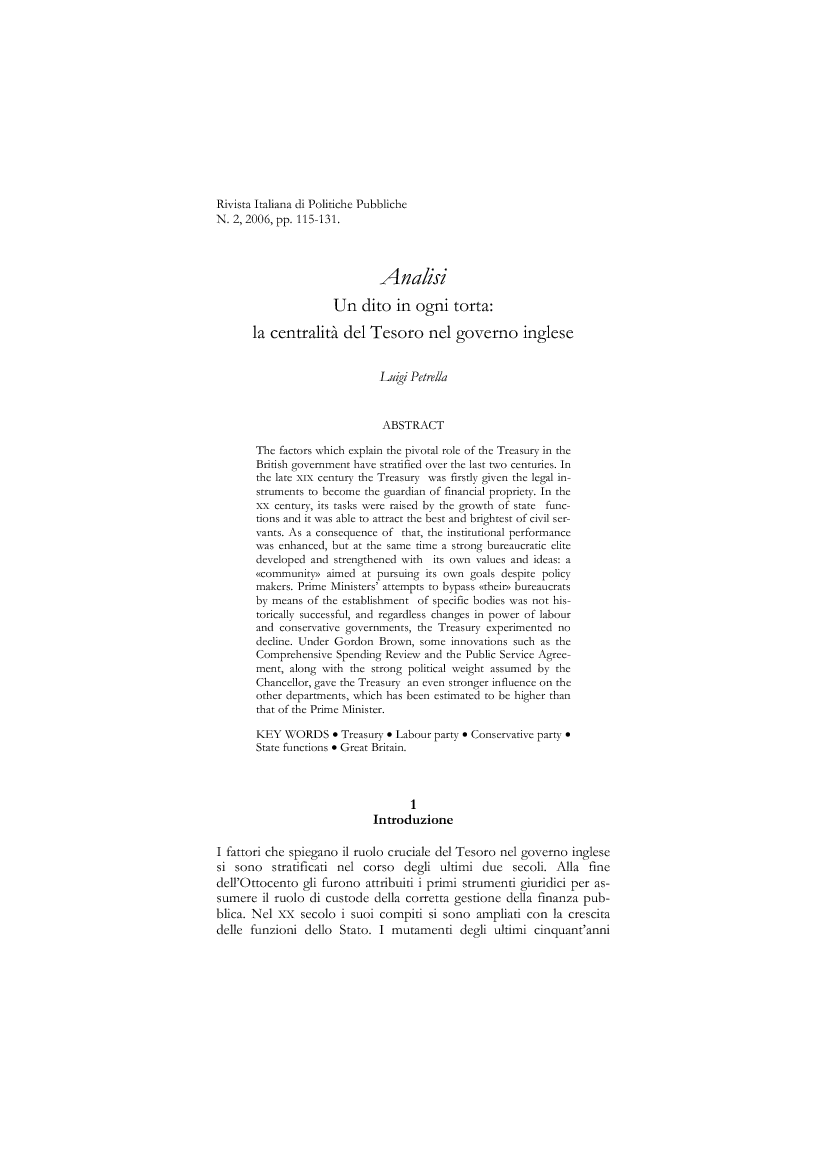