The present paper focuses on Italian administrative reforms, in particular on the development of the digital public administration during the last five years. In the perspective of the historical neoinstitutionalism, the article examines the influence of the temporal dimension on the implementation of innovations. Such a dimension matters because politicians have a very short-time horizon, given the high instability of Italian governments. This means that political leadership is concentrated on those innovations whose results are expected rapidly. Insufficient or lukewarm backing by politicians on other reforms slows innovations down, postponing deadlines for their completion. Fatally, in a vicious circle, they become even less attractive for political leaders, who tend to reduce furthermore their, already insufficient, commitment. The paper also analyses the casual conditioning exercised by ideas on the process of development of electronic government. It suggests that ideas are not determined (only) by the prevailing cultural paradigm, but they are generated (also) through a complex and dynamic interaction between interested actors and institutional context. 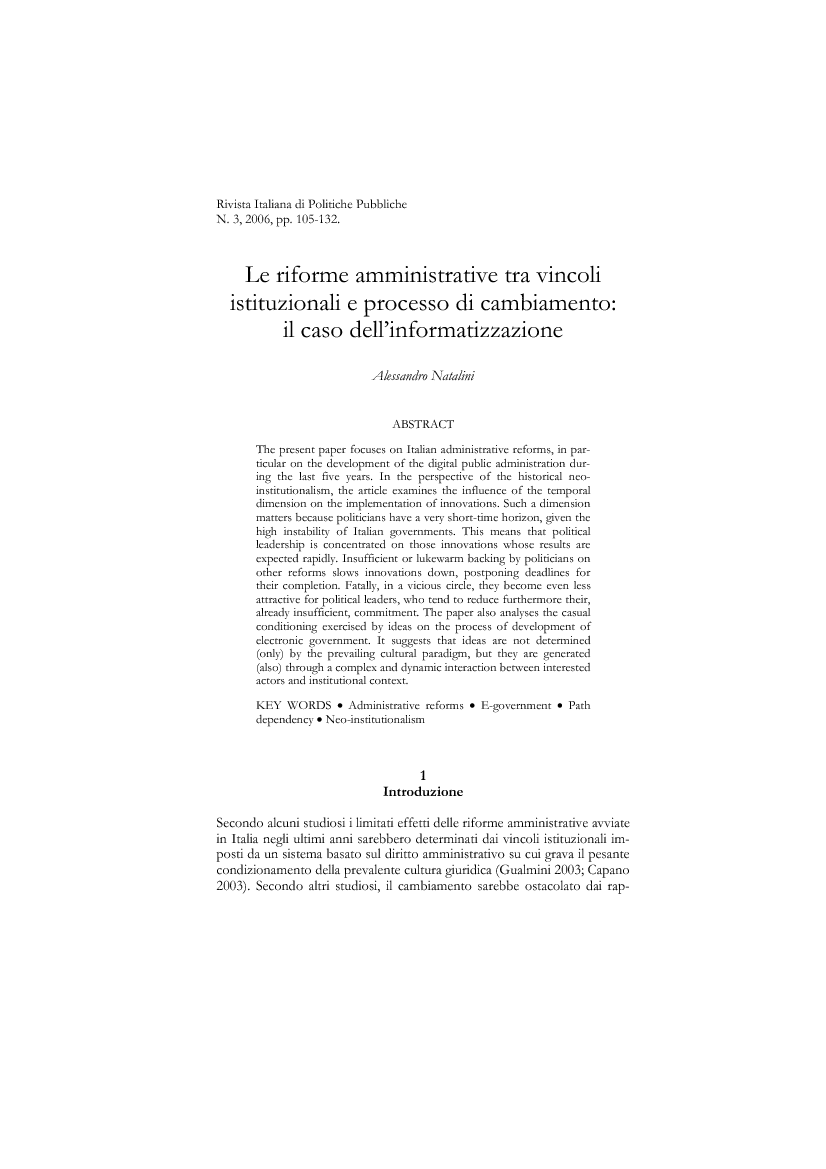