In the last twenty years Local Public Utilities in Italy have gone through a deep change. Many public undertakings have been denationalized but not privatized, as they are still under political control. Mergers, agreements and acquisitions have created a few players of regional size, but they do not actually play in competitive markets. Public-private partnership takes often the format of public-private ownership. Political exchanges and business agreements are preferred to public regulation and market efficiency. Local governments lost their traditional control on public utilities. Such a weaker role is based on divided property rights, while regolatory agencies are not effective. In these arenas, private and political actors find their benefits, but democratic accountability is poor. 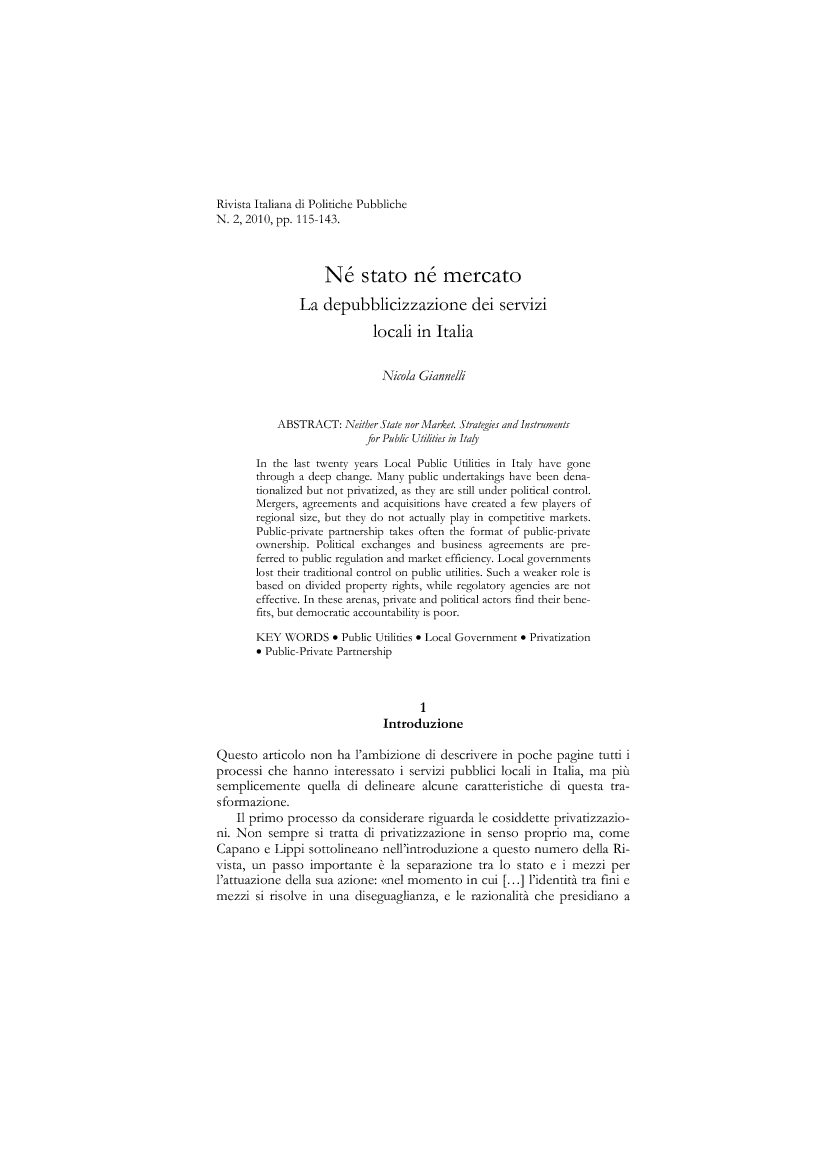