Just a couple of hours prior his resignation, 45 th President of the United States of America, continuing centuries long tradition, signed pardon of 73 persons. General public in his country was pleased with the fact that he did not pardon himself or his children, but only to his friends, relatives, and supporters. And he did nothing illegal since he just used his prerogative granted by the Constitution and laws nor is he the only one who pardoned the convicts. And all that was done under the cloak of the “mercyµ toward perpetrators of the criminal offenses. In the world with the existing criminal justice and all its control mechanisms, it is questionable if pardon deserves to exist anymore. The authors argumentatively test the needs of its existence and offer brief overview of the state in practice in Bosnia and Herzegovina as an illustration of the challenges it produces. 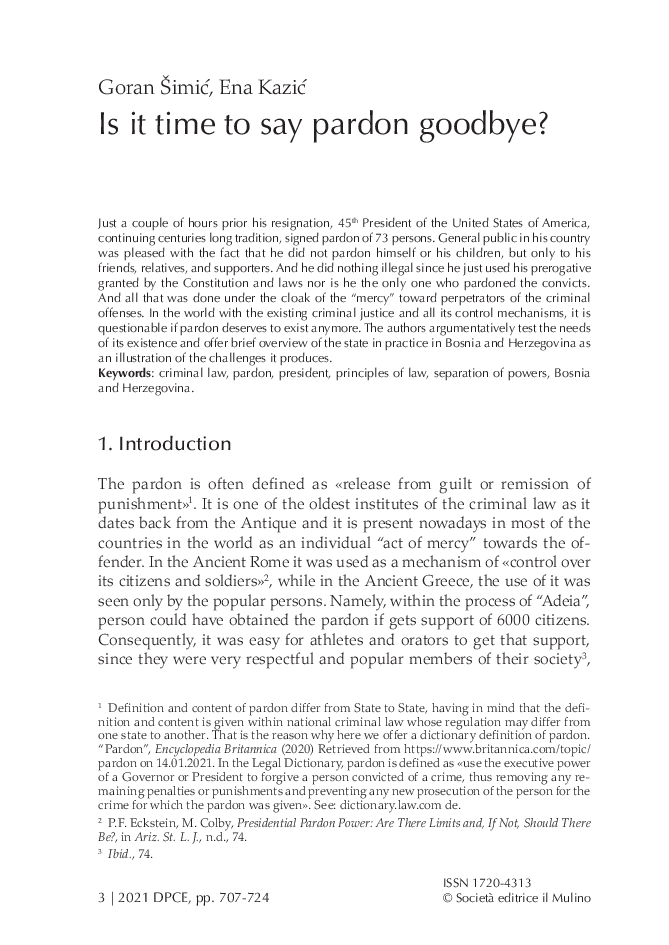