In recent years, much has been written about the constitutional order in Bosnia and Herzegovina. However, three new events have brought this topic back on the scene. First, a recent ruling of the European Court of Human Rights. Second, the twenty-fifth anniversary of the signing of the Dayton Agreement and, finally, the recent debate on possible constitutional reforms. The following text, by analysing the case law of the European Court of Human Rights concerning Bosnia and Herzegovina, aims to carry out some reflections on the issues involving subjects who do not belong to the “constituent peoplesµ, i.e. those who are defined as “othersµ in the Constitution, in relation to the right to vote. Moreover, this topic reopens the debate on the necessary constitutional reforms. 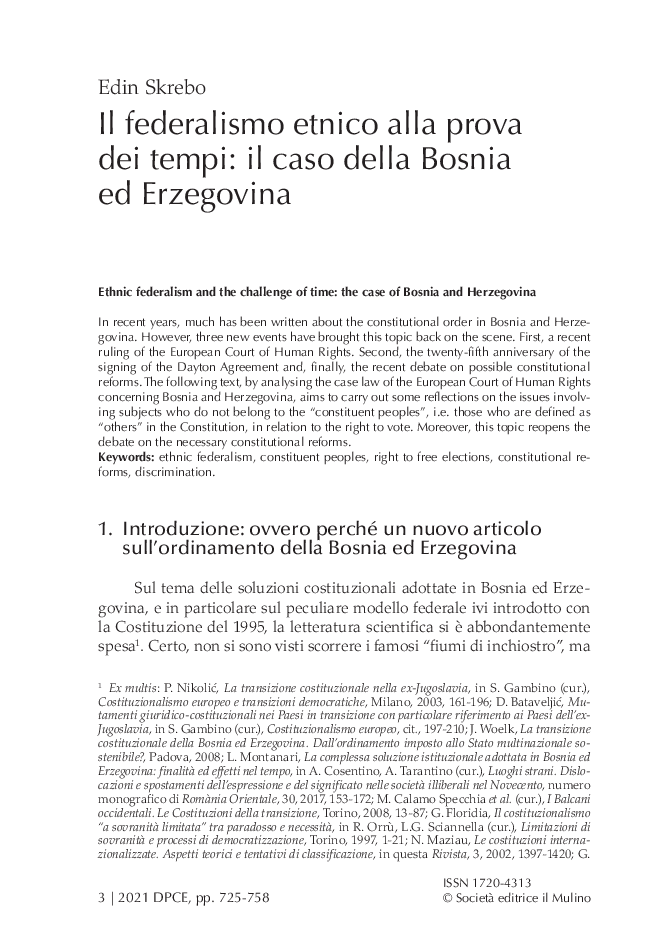