This paper aims to analyze the role of courts in managing the delicate balance between unity and pluralism, in three compound unitary States such as Italy, Spain and the United Kingdom, which, although different, have two important features in common. The first is the “type of Stateµ of the three constitutional arrangements, which contemplates a strong decentralization and a shared legislative power, while relying at the same time on the dogma of unitary sovereignty (be it popular, as in the case of Italy and Spain, or parliamentary, as in the case of the UK). The second relates to the fact that, in the recent past, in Italy, Spain and the UK some territorial autonomies (respectively Veneto, Catalonia and Scotland) claimed independence. The article demonstrates how much the jurisprudence of the Italian Constitutional Court, the Spanish Constitutional Tribunal and the Supreme Court of the UK has similarly been characterized by a strong unitary twist at any time territorial autonomies questioned the unitary sovereignty of the legal order: either by claiming independence or by asking for more devolution of powers and leaning to a fragmentation of sovereignty. In this respect, constitutional Courts can be considered the guardians of the unitary nature of the three legal orders taken into consideration 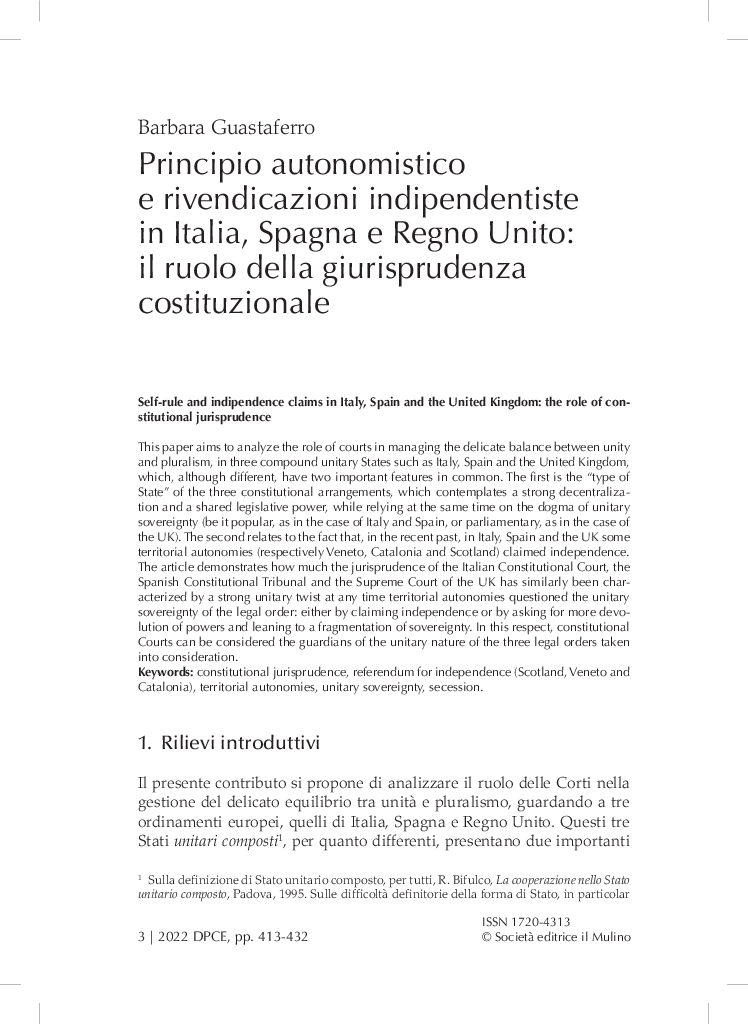