The article examines the party systems of the Nordic countries, in the context of the relevant constitutional, legislative and electoral rules, in order to identify the characteristics of radical right-wing populist parties and their anti-system positions, also using elements of comparison arising from political systems of non-Nordic countries. A first conclusion concerns the existence of some significant differences between the populist radical parties and the right-wing extremists. A second conclusion, in part resulting from the first, relates to the nature of anti-systemic but not anti-democratic populist radical parties. In any case, in the Scandinavian countries the radical populist parties, albeit supporters of intolerant political stances, are legally tolerated, provided of course that individual criminal acts are not committed, with the final result that their eventual isolation by the mainstream parties takes place exclusively from the political point of view. 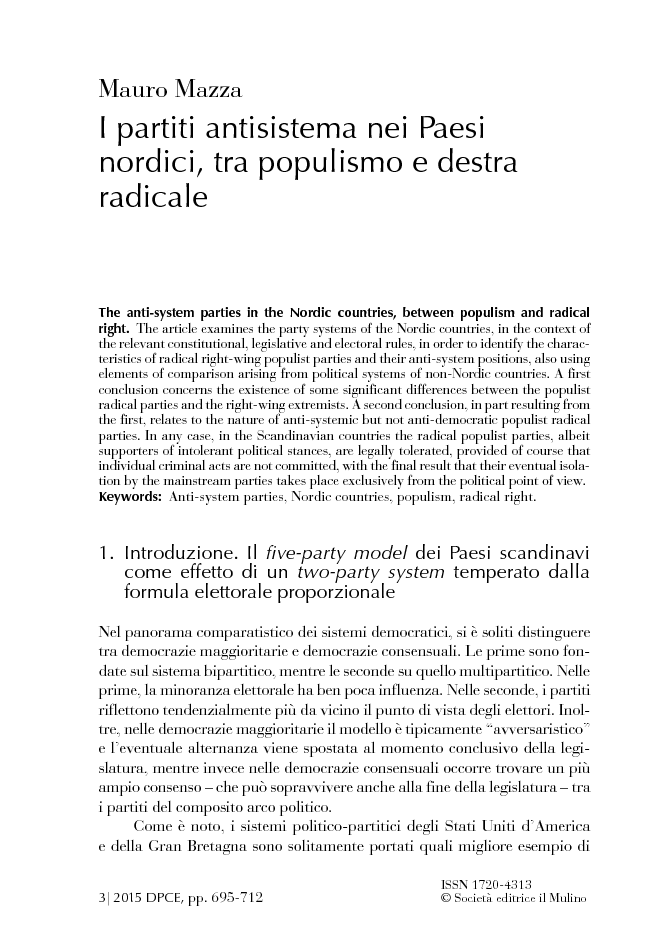