The electoral rise of the 5 Stars Movement poses significant problems not only from the political point of view, as it places itself as an alternative to the whole political system until now structured based on the traditional cleavage left/right, but also from the constitutional point of view, as regards the three different meanings of the term "democratic method" by which, pursuant to art. 49 of the Constitution, citizens may associate in parties to contribute to the determination of the national policy: a) the need to draw on the principles of and pursue objectives conform to the Constitution (interpretation excluded by the prevailing doctrine); b) the acceptance of the rules of the democratic game, including those of representative democracy challenged by the Movement in the name of the superiority of direct democracy through the Internet; c) the adoption of an internal organization on a democratic basis, in the face of the predominant role, both formal and substantial, exercised by the founders Grillo and Casaleggio. The paper aims at analyzing critically each of these three aspects to establish whether and in which direction the Movement 5 Stars may qualify as an anti-system party. 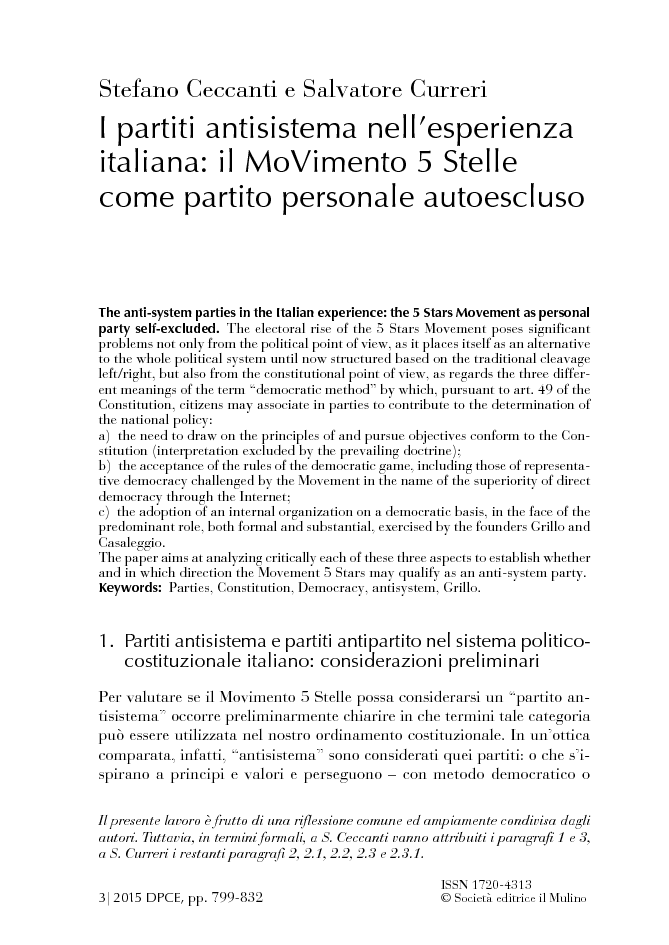