In March 2015, the Russian Federation adopted a Code of Administrative Court Procedure, which entered into force in September of the same year. This Code finally filled what many considered a lacuna in the Russian judicial system, in which administrative disputes were previously regulated by the Civil Procedure Code, with the exception of those governed by the "Arbitrazh" Procedure Code. In this perspective, the adoption of the Code of Administrative Court Procedure has been hailed as an important step forward, contributing to the emergence of a real administrative justice. This paper aims at illustrating the characteristics of the judicial review of administrative action in the Russian Federation, reconstructing the results achieved by legislation, doctrine and practice. 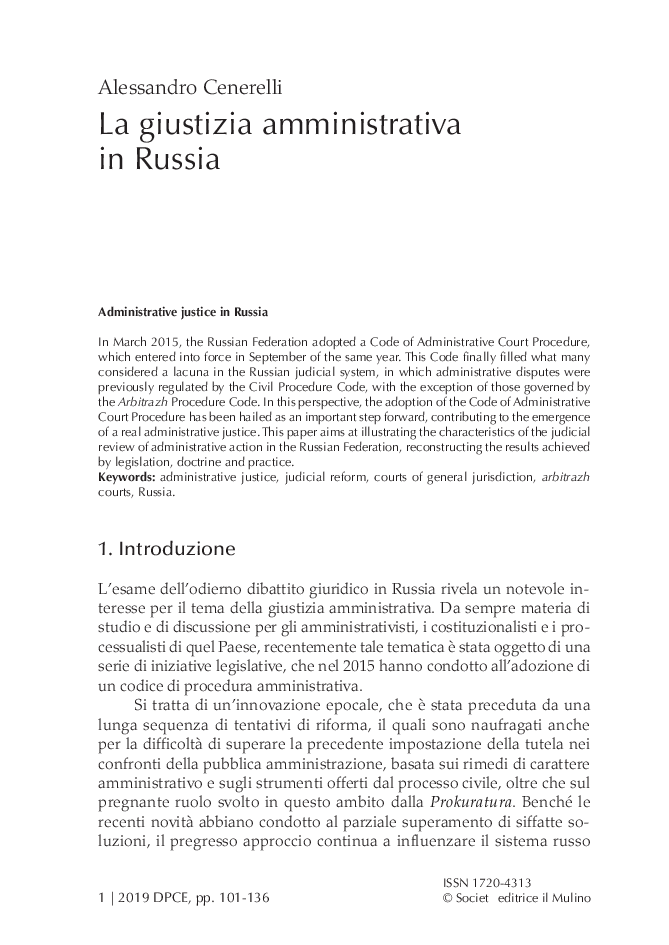