The "Russiagate" survey, among others, presents profiles of interest where analyzed through those subjects in charge of carrying out the investigations: the special independent counsel who is appointed by the Attorney General. Given the fact that the Attorney Generals Office is part of the Government whose apparatus is being investigated, it represent a typical mechanism of "anti corpus". The aim of this research is to provide a general overview of the special investigations conducted in the pre-written regulation phase, i.e. from 1870 to 1978. By giving evidence, through the illustration of concrete cases, of how the US system has operated through such investigators lacking a written regulation, the research confirms that the principle of the rule of law is innate in the form of US presidential government even to the point of imposing derogations from the principle of separation of powers. Essential for the purposes of research is the knowledge of the written rules that starting from 1978 have regulated the institute of the special adviser/prosecutor. It is, in fact, from this comparison that we can note the value and importance of the precedents, of the practices and conventions that allowed the institute to work for about a century exactly how it works today based on written and precise rules. 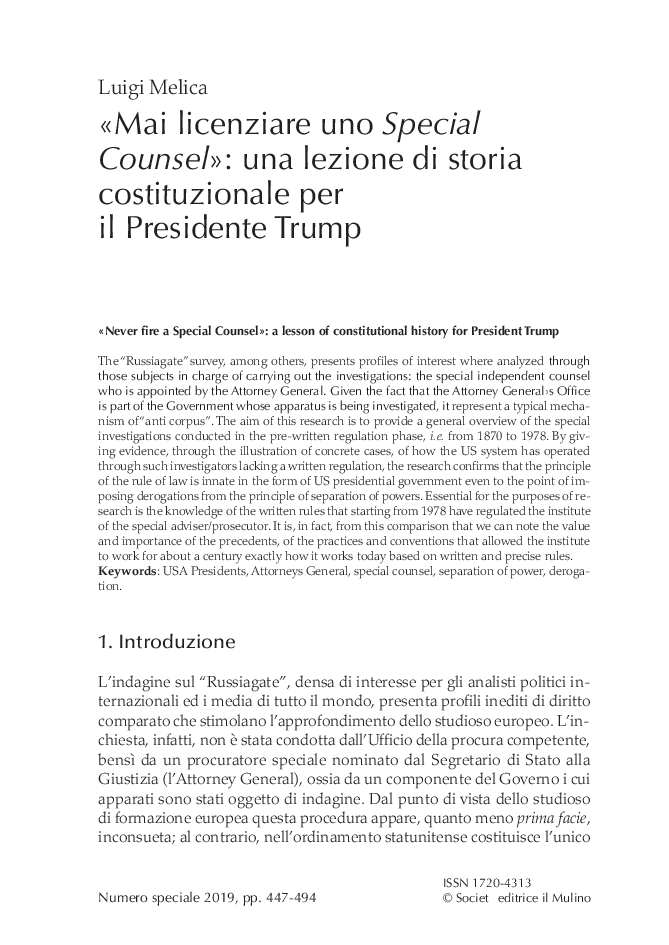