Parliamentary sovereignty is traditionally considered as the most fundamental principle of the United Kingdom’s unwritten Constitution. However, the rule of representative democracy is experiencing a dramatic crisis in the UK, due to the increasing competition not only with direct democracy – as the growing cases of appeals to the people through referendums illustrate – but also with participatory democracy. Indeed, in this country, in particular since the end of the 1990s, several mechanisms aiming at involving the people in decision-making have been introduced. This paper offers a critical survey of the participatory tools in the fields of administration, law-making as well as constitutional reform in the UK, with the aim of demonstrating that increasing participation does not automatically result in increased (participatory) democracy. As a consequence, as it is argued, the analysis of the UK case supports the argument according to which participatory democracy shall be intended more as complementary rather than alternative to representative democracy. 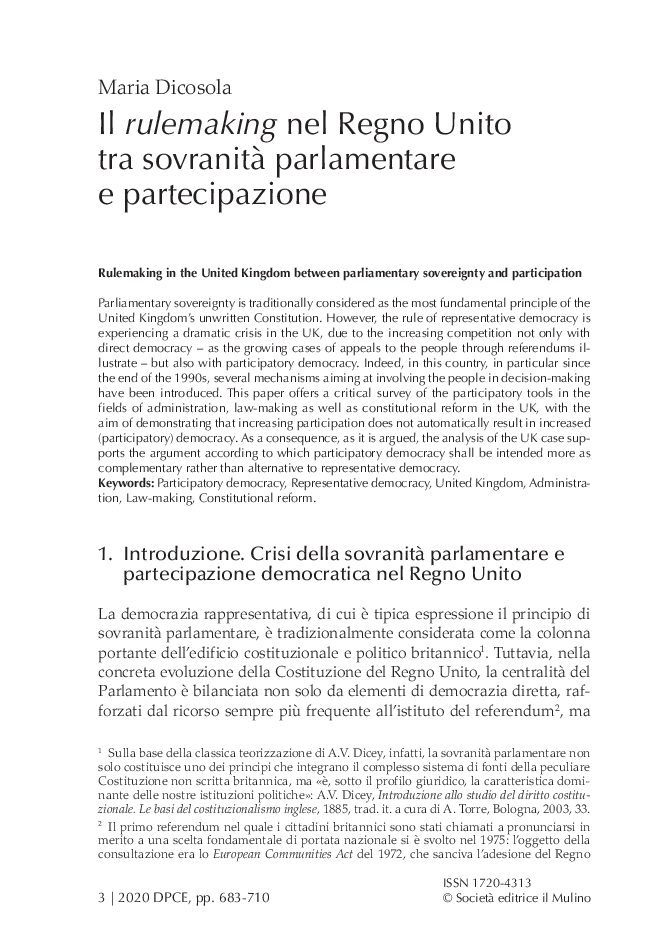