The numerous publications on Therese of Lisieux in recent years have also been illustrated by two further important works: that of Claude Langlois on the editorial enterprise of the “History of a Soulµ (Thérèse à plusieurs mains, 2018) and Antoinette Guise-Castelnuovo’s study on her “miraclesµ (Thérèse de Lisieux et ses miracles. Les recompositions du surnaturel, 2018). The study of “Therese after Thereseµ turns out to be a fruitful field of enquiry. The question is to understand how a young French Carmelite, who was unknown during her lifetime and died at the age of twenty-four of tuberculosis in an obscure provincial convent, was able to become, within a few years, the most popular saint in the 20 th century, on a basis that was founded before the Great War. 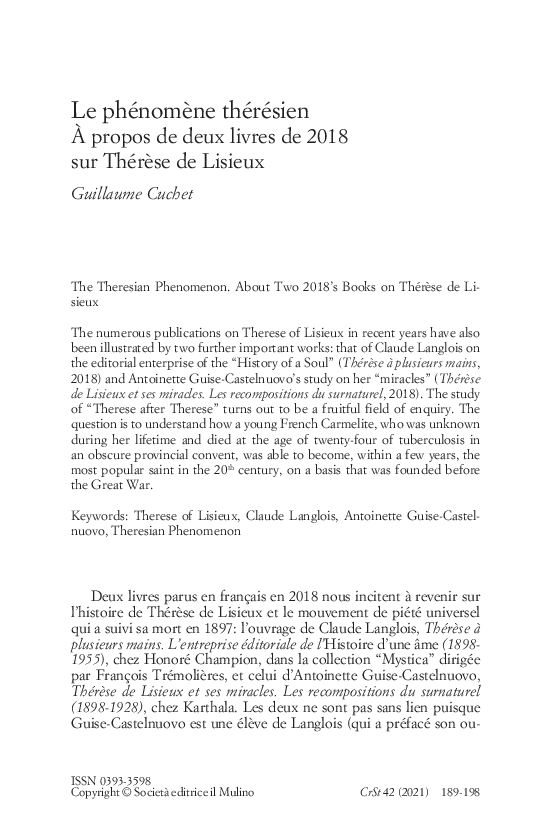