As with all scholarship, the nature of making progress does not happen through praise, but primarily through criticism. Such criticism can be tough, but simultaneously appreciative and amicable. Still, different perspectives do not necessarily lead to unanimous results, as different perspectives will impact on the outcomes of one’s research. This is particularly true for such a complex field as the Ignatian letters. In order to show the variety of approaches that have been taken and to describe more recent ones, this paper sets out from the present discourse, engages with it from what is called a “retromodernµ and retrospective approach, and reflects upon Allen Brent’s suggestions about the seven letters of Ignatius of Antioch. This will be done in light of my own findings, which I have gained when studying again the three letters of Ignatius found during the 19th century by William Cureton 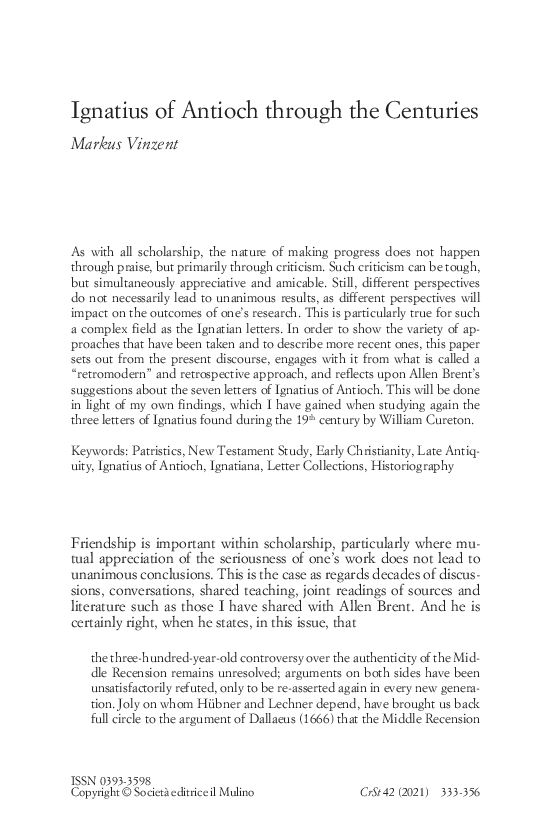