In this second and final part of his contribution, whose first part appeared in «Cristianesimo nella storia», 2, 2019, the author reconstructs the evolution of the studies on Italian secular clergy in the period which extends from the phase in which these studies arose as a specific branch of religious contemporary studies until the most recent experiences. This field of historical research attained its own most important development over the last decades, during which it saw develop a large contribution of scholars both religious and laical, with increasing collaboration in the name of basic principles concerning the critical approach to history. But recently, it is perceiving a decrease in its evolution and in the introduction of new paradigms, as if the gained goal, to open and enlarge such a branch of studies, had exhausted the will to pursue this path at its best 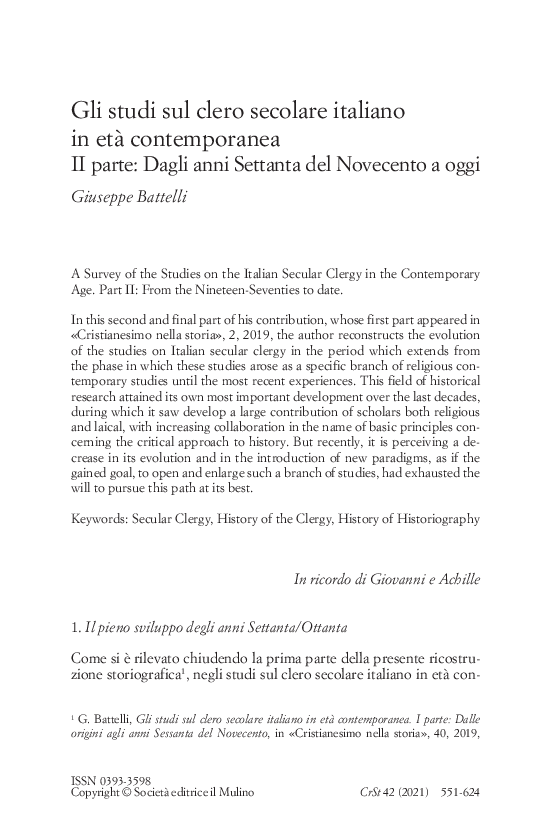