Dietrich Bonhoeffer did not write much on «race» as such, a theme he viewed as an adiaphoron for theology, but his theological writings, starting with Sanctorum communio (1927/1930), argue for a theological anthropology which is characterised by a strong sense of universal sinfulness as well as mutual solidarity. Bonhoeffer practised these convictions during his year at Union Theological Seminary (1930-1931), where he discovered African American people, their vibrant communities, and their struggle against segregation. The article ends with a brief survey of Bonhoeffer’s stance against anti-Semitism in the earliest phase of the church struggle (Kirchenkampf). 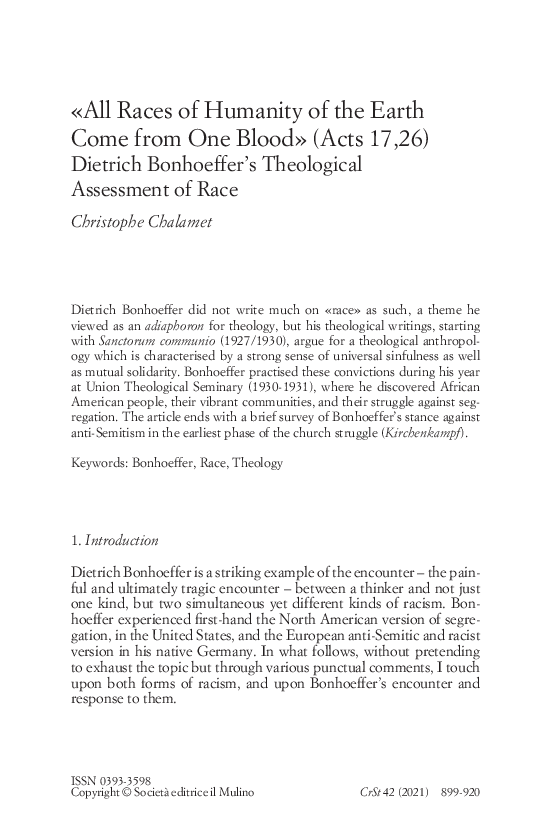