Faustus of Riez’s De gratia, written after 473, contains a list of theses attributed to Pelagius and countered by the author of this treatise (I, 1-2). The aim of this article is to show that the theses attributed to Pelagius by Faustus do not reflect the real theological thought of Pelagius. Excerpts from the writings authored by Pelagius and by other so called Pelagian theologians, including Caelestius and Julian of Aeclanum, will show that Faustus have countered a polemical construcion of Pelagius’ theology, probably inherited by Augustine of Hippo, and not the real thought of the British monk. 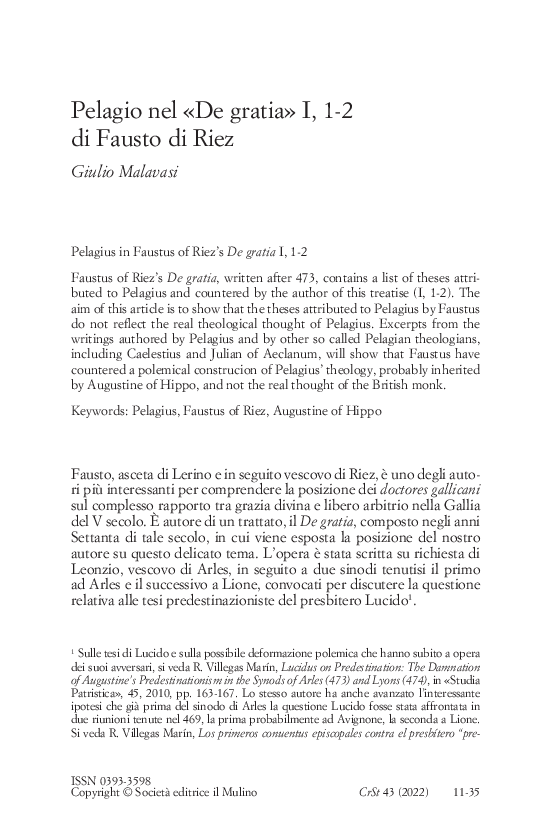