The interest-bearing loan is a widely diffused and established economic practice; it’s a pillar of Western civilisation’s economic culture, and of the so-called traditional financial system. However, the interest rate has always been a controversial element of the economic system, and especially in the Middle Ages. The church ban on usury, and the doctrine of usury was, indeed, one of the most debated points in the last centuries of the Middle Ages; hence, it has also been one of the most investigated topics in twentieth century scholarship. In recent years, the interest-bearing loan and the usury ban have once again been a central element of studies that examine these economic transformations with the object of tracing long-term economic and social change. Given the density of the scientific production on the subject, this article offers a review of the main interpretative steps taken, aiming at understand the most recent developments of this debate, and suggest new perspectives and working hypothesis. 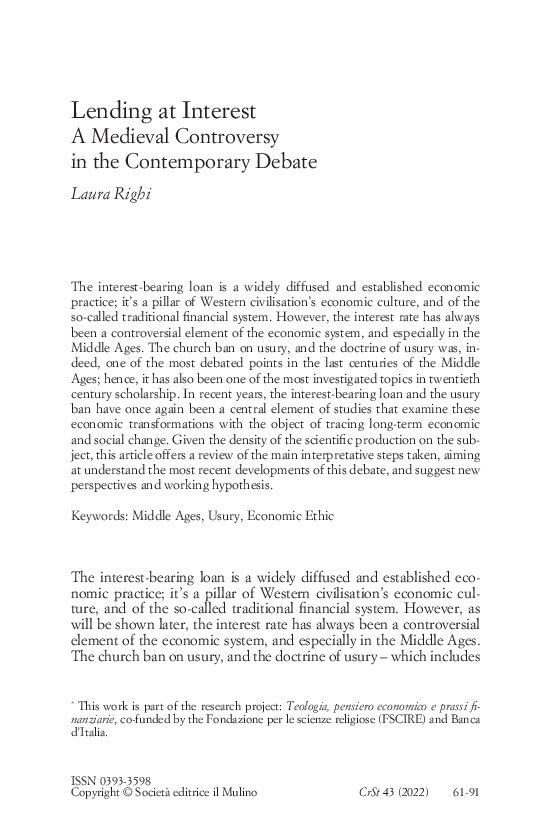