Recent researches on the origins of Christianity made by D. Boyarin, Professor at Berkley, highlighted that the differences Jewish and Christian apologetics present, have often been built in order to distinguish and finally to oppose one another. Judaism and Christianity are born as 'twins' related by the hip, according to Boyarin. There is a constitutive difference, resulting from an asymmetrical understanding of Judaism. This article synthesizes the uniqueness of Boyarin's researches and highlights how the 'Boyarin method' enabled him to renew his reading of some founding texts of both Judaism and Christianity . The beginning of the Common Era's historical and theological complexity will be explored. Within this context, this also means discovering a far-off world, where religious identities were more of a hybrid identity and were far from the distinctly different identifies they think they are endowed with nowadays. And within this 'new' conceptual universe, Jesus of Nazareth might well be the ardent defendant of Jewish Law and not its feared critic. 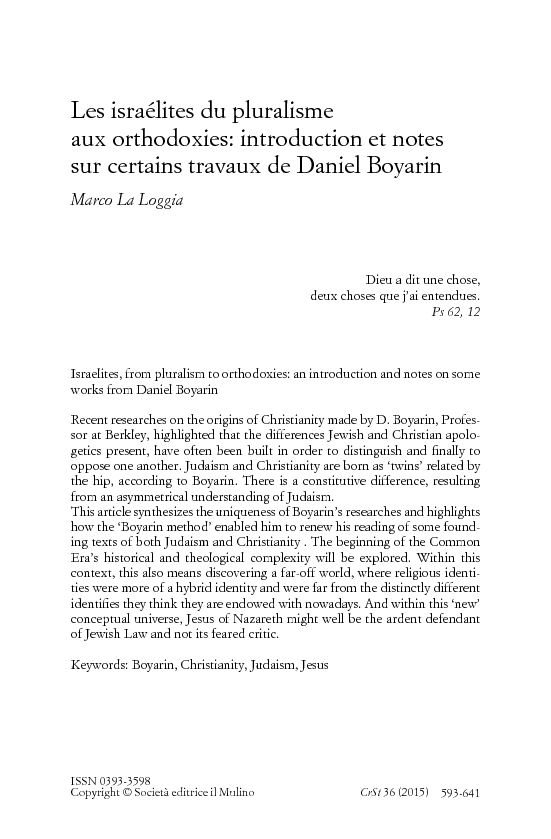